Back to the Heat 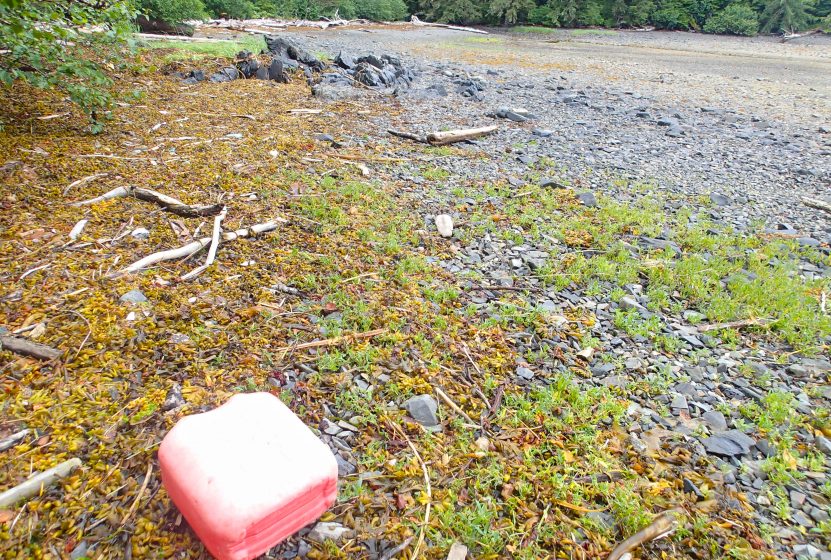 There will be more to write about Cape Decision and South Kuiu Island. I wasn’t kidding in that last post about how I can see that area being a real focus of mine for the next few years. The wild beauty, intricate coastline and the sense of timelessness that the place stirs up in the soul is as addictive as oxygen. 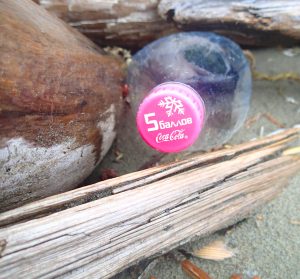 I would be remiss, however, if I glossed over the fact that the beaches in SE Alaska are as littered with marine debris as anywhere else, even more so in some places. Fishing gear, a lot of it, but plenty of plastic bottles and bags as well. It hits hard in a place like this, the idea that we can’t take care of our own mess, that we choose to foul our planet as a matter of course, and that there is literally no place left on Earth where the problem of marine plastics isn’t present.

In terms of tsunami debris, while it’s always difficult to classify any particular thing as being a 100%, no question piece of the Japanese tragedy, we did come across several red kerosene containers on various beaches. (I’ve talked about these before, and how and why they began turning up on the west coast, beginning in late 2011.) It’s actually fairly interesting to see how far into the Inside Passage and away from the open coast some of these traveled. The one below was resting above the high tide line at the first camp site we used, just a dozen miles west of Wrangell. 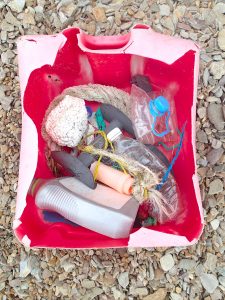 It’s my hope that I’ll get the chance to help do something about these beaches. This region is one of our national treasures, and it deserves better treatment from the likes of us. I think a lot of good could be done with a sustained effort over time and some targeted funding to actually remove the debris from the environment. Anybody know of a grant out there somewhere?