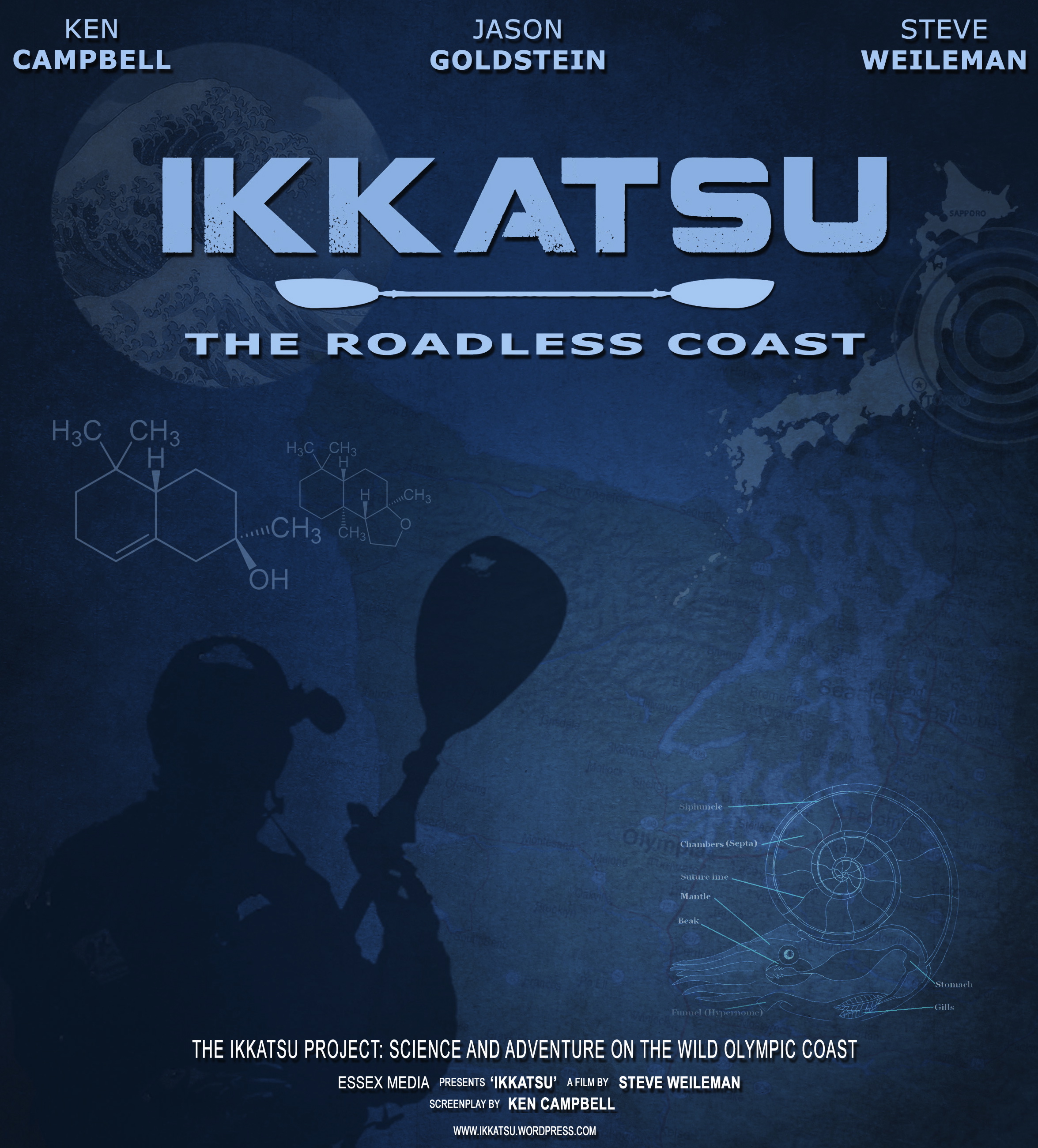 With the debris from the 2011 Japanese tsunami drifting on ocean currents toward the coast of North America ahead of its projected schedule, a small group of skilled sea-kayakers set out to document the flotsam as it began to come ashore along the remote and roadless Washington coast. Between Neah Bay, at the tip of the peninsula, and Ruby Beach, at the southern end of the roadless section, lies approximately 70 miles of pristine Olympic coastline, much of it inaccessible to foot travel. It is here, on secluded pocket beaches surrounded by soaring sea stacks and intricate rock gardens, that the debris is making landfall.

The team is composed of three experienced professional guides, each having a multi-year resume including multiple trips and expeditions to remote coastal environments. Ken Campbell has authored several books on Pacific Northwest kayaking and is a frequent contributor to print and online magazines on the outdoors and the environment. Jason Goldstein began his kayaking career in Christchurch, New Zealand, and currently works as a cartographer and GIS specialist. Steve Weileman is a photographer, with previous experience in British Columbia and Alaska. Each of the team members brings a specific set of skills to the project and is looking forward to this unique opportunity to combine science and adventure.

Pollution, specifically plastic and other floating debris, is a very real threat to our oceans and to untouched ecosystems like the wild Olympic coast. It is hoped that surveys like this one can be a part of better understanding and remediating the problem. The Ikkatsu Project will coordinate with several research scientists and organizations, including Dr. Curtis Ebbesmeyer (University of Washington) and Anne Shaffer (Coastal Watershed Instutute), to conduct surveys and locate debris specific to the 2011 tsunami. Other organizations that will be included in the study include Citizens for a Healthy Bay and the Surfrider Foundation.

Ikkatsu is a Japanese word that means “united as one,” which is a concept that the tsunami debris illustrates in a powerful way. This expedition is an attempt to understand how we are connected, one society to another, and how no matter how distant and unconnected something may seem at first glance, we are all riding on the same planet. The vast expanse of the oceans doesn’t keep us apart; it is what joins us together.

(This was the trip that began the Ikkatsu Project as an organization. It seems like a long time ago now and there have been changes since then, but it was a great beginning. KC, 2017)