Home From the Sea 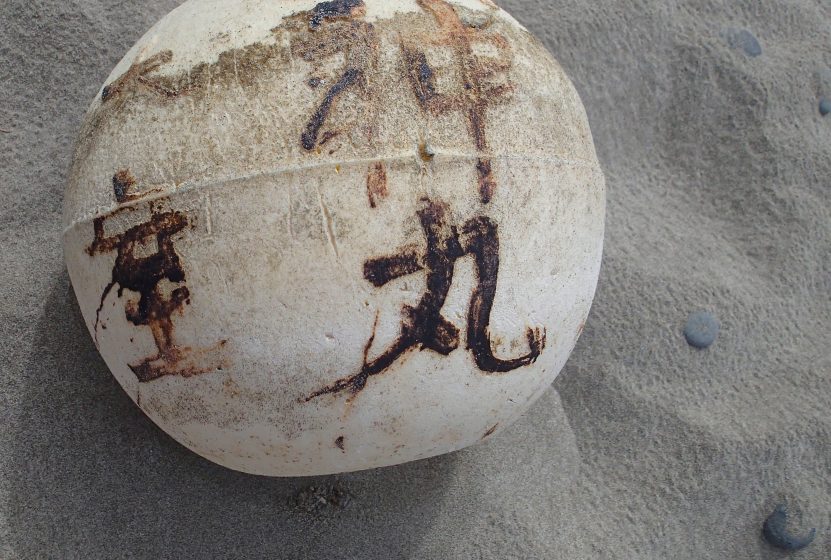 I’m still trying to get around to the story of the debris we encountered on last week’s trip down the Washington coast ‪#‎roadlesscoastredux‬ The more I go through the photos I took – and there are a lot of them – the more I think that there’s a continuing story to be told here, and maybe a short film is in order. (If for no other reason than to show the aerial footage of the coast, the rocks and waves, and the power of the wild shore. The drone definitely provided another perspective and those shots really resonate.)

With that said, the story of this amazing place is really not complete without a look at the effects of the plastic debris that has found its way to shore. Fishing gear and plastic bottles, gardening items and toys. Occasionally, something will come up that has writing on it, a way to get some insight on where the item came from, maybe even who the owner might have been.

So there’s this, and aren’t you curious? I am. I came across the float (in the picture above), that was somewhat the worse for wear, seemed like it had been out there for a while. I’m assuming that’s Kanji writing, although I cannot swear to it that I have it right-side up. If there’s anyone out there who might be able to read this, I’d surely be grateful for the translation.

The float was found near Mosquito Creek, Olympic National Park.