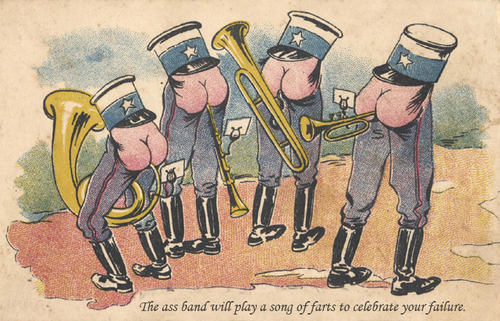 So this nugget bounced through the inbox just before the close of business this afternoon… an old trick where you bring out bad news just before the weekend in the hopes that the hoi polloi will be too busy to notice. The following is taken from the text of a City of Tacoma press release sent out just as anyone in the media might be leaving his or her desk until Monday:

In response to this request, the public scoping meeting scheduled for Wednesday, Feb. 24 at the Greater Tacoma Convention and Trade has been canceled.

More information is available through Project Manager Ian Munce at or (253) 573-2478 or by visiting cityoftacoma.org.

This has been a poorly managed goat-rope from day one, when the Port tried to backdoor the residents of Tacoma with sunshine and unicorn stories about how fortunate we are to have such an interest in our fair city from overseas investors just looking to make a few more tons of plastic. What could go wrong, yes? With partners like BP and the Chinese government, this was a city manager’s dream come true.

But then the people found out and damned if they weren’t a bit peeved about the whole thing. And noisy. Demanding answers and other inconvenient things. They didn’t seem grateful at all. Soon it became a regular donnybrook, a circus that the suits just couldn’t figure out how to control. With all the negative vibes, NWIW decided they’d like to postpone the rest of the scoping period, and apparently they can do that. Who knew? Industry barks and government cowers. Again, it’s not like we didn’t already know that this is how the world works, it just hurts to see it confirmed so plainly.

Don’t think this is over. Not for a minute. The wolves will remain at the gate, quietly waiting for the hubbub to die away before coming at their prey from another angle. They are counting on Tacomans to forget, to get preoccupied with life’s details, discouraged by the money and power arrayed against them. NWIW will be back, maybe even with a different name – who knows – but they will be back. We have water and power that they want and believe they are entitled to, in the same way that they are entitled to turn our resources into their money, with our gracious assistance every step of the way.

It’s still time to remain engaged and on guard, time to hold our ground. Time, as Edward Abbey put it, to “… keep your brain in your head and your head firmly attached to the body, the body active and alive. I promise you this much; I promise you this one sweet victory over our enemies, over those desk-bound men and women with their hearts in a safe deposit box, and their eyes hypnotized by desk calculators. I promise you this; You will outlive the bastards.”