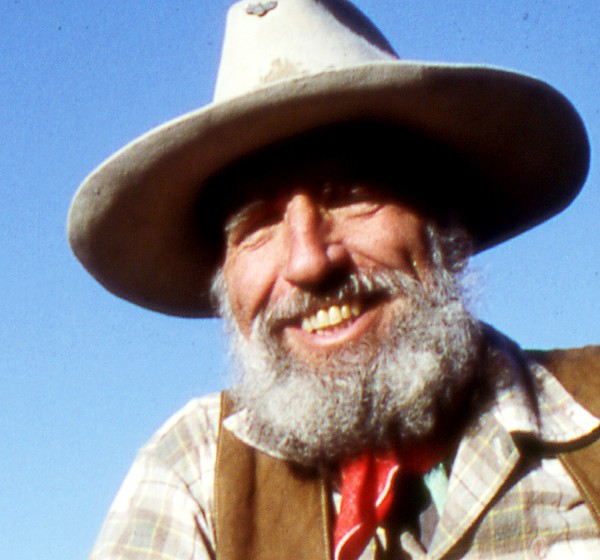 I am one of those who consider Edward Abbey to be among the best American wilderness writers of all time. I like his style and his use of the language, and the way he could both harangue and laugh at the same time still fascinates me. I like that he once made the editorial decision to run a cover of an issue of the University of New Mexico’s literary magazine, The Thunderbird, with the Diderot line: “Man will not be free until the last king is strangled with the entrails of the last priest!” Which is shocking and all that, but what really put the stamp of immortality on the event was that he attributed the quote to Louisa May Alcott. That’s rare class. He was fired as editor, of course.

He was a staunch defender of the wilderness he loved and though he died in 1989, his words live on. For some reason, I’m seeing his name bandied about more lately. There is a book coming out, I know that, and there have been some articles out recently as well. Interesting stuff and I am for more of it. (I have written about him myself.) He was a brilliant writer and I have reread just about everything he wrote, but he was not without his flaws.

I don’t know. If Ed were around today, I don’t know how it would all go down. We are a more genteel and tender species now, so much more easily offended. As we have flattened nature’s pointy bits and smoothed the Earth to match our desires, the connections we may have had with wilderness at some point in the past have gone largely dormant. It seems that “Safety” is the watchword now, not adventure or discovery. Cultural and personal risk are obviated at every opportunity and if Abbey were here and active, I think there’s a good chance he’d be obviated too.