Weekend at the beach 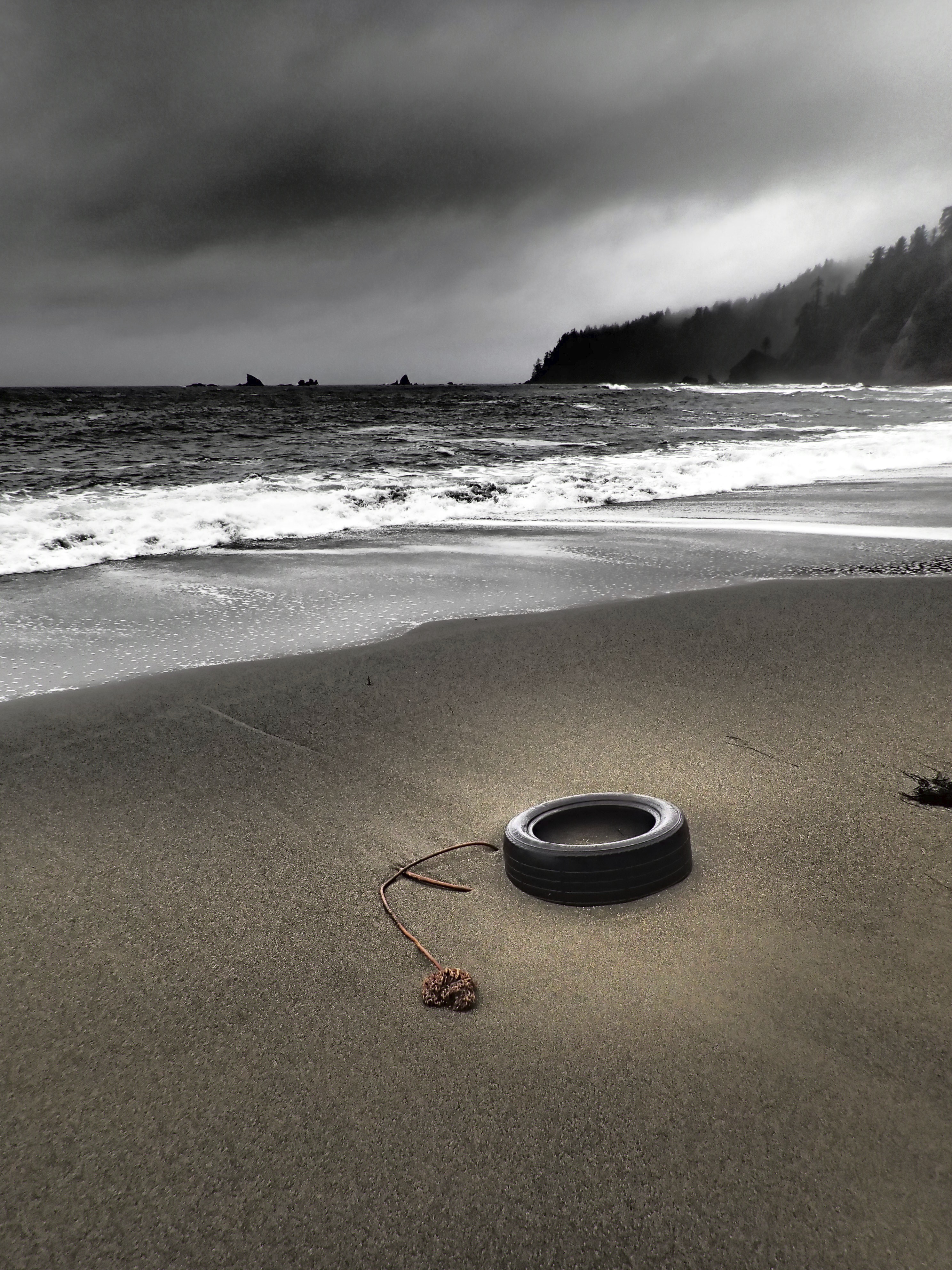 I didn’t even try kayaking today. After the size of the swells yesterday and more of the same on tap for today, I figured it would be easier and more efficient to get there by land. There’s a trail down to this one – mostly consisting of a very long ladder system – and I knew that with time being a factor, the land route would probably be best. 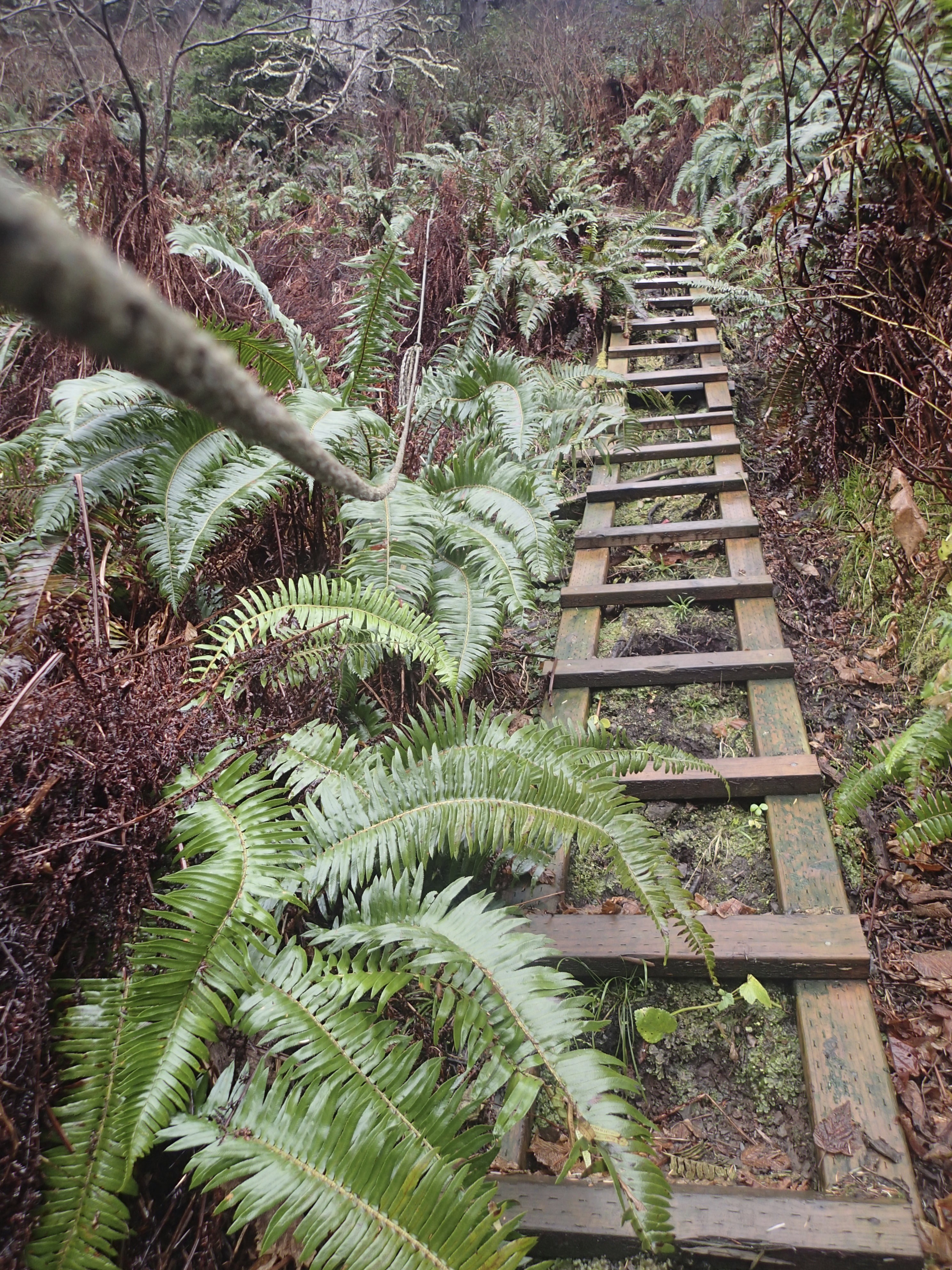 This is the beach where we found the remains of that Japanese house when we did the Roadless Coast trip. It’ funny, but that happened in July of 2012 and here in December today, the weather feels pretty much the same as it did then. It’s not raining as I descend the cliff, but rain isn’t very far away.

The beach looks much the same as the last time I was here. Debris scattered all along the wrack line and up into the grasses, mostly plastic, with a lot of styrofoam. I don’t see as much milled lumber as was here when we found the house, which would make sense… it has been 18 months, after all. The pile of lumber and drift logs that used to be here is gone too, and no sign of the house remains. Plastic bottles are everywhere, however, and many of them appear shredded, torn and curled from the forces of the ocean. There must be something about the way this beach is constructed to have caused so many of the bottles to be so completely blasted apart. I don’t think I’ve seen this phenomenon anywhere else. 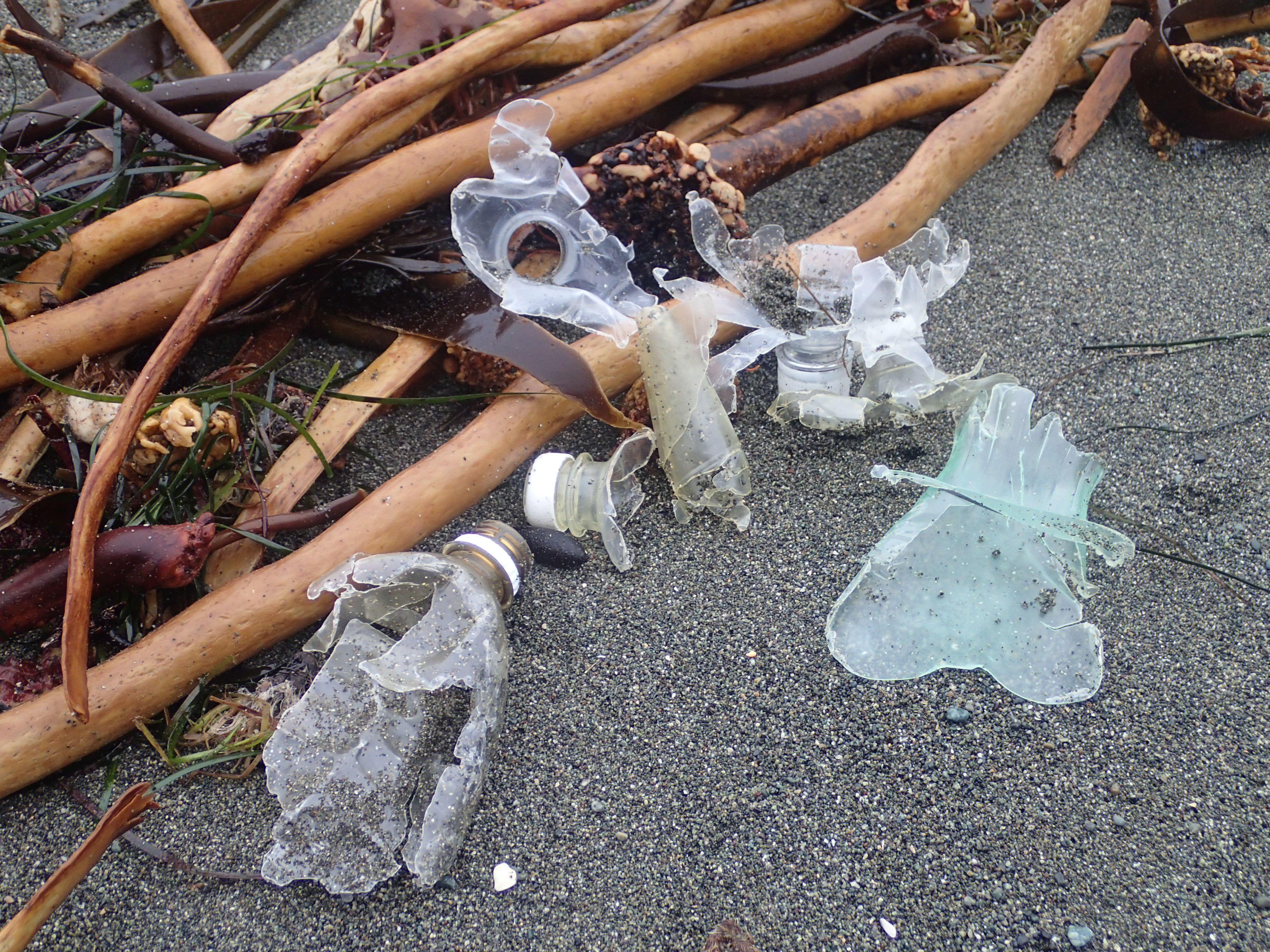 I pick up what debris I can carry and start back up the hill. It’s a long drive back to Tacoma and I’m already tired.