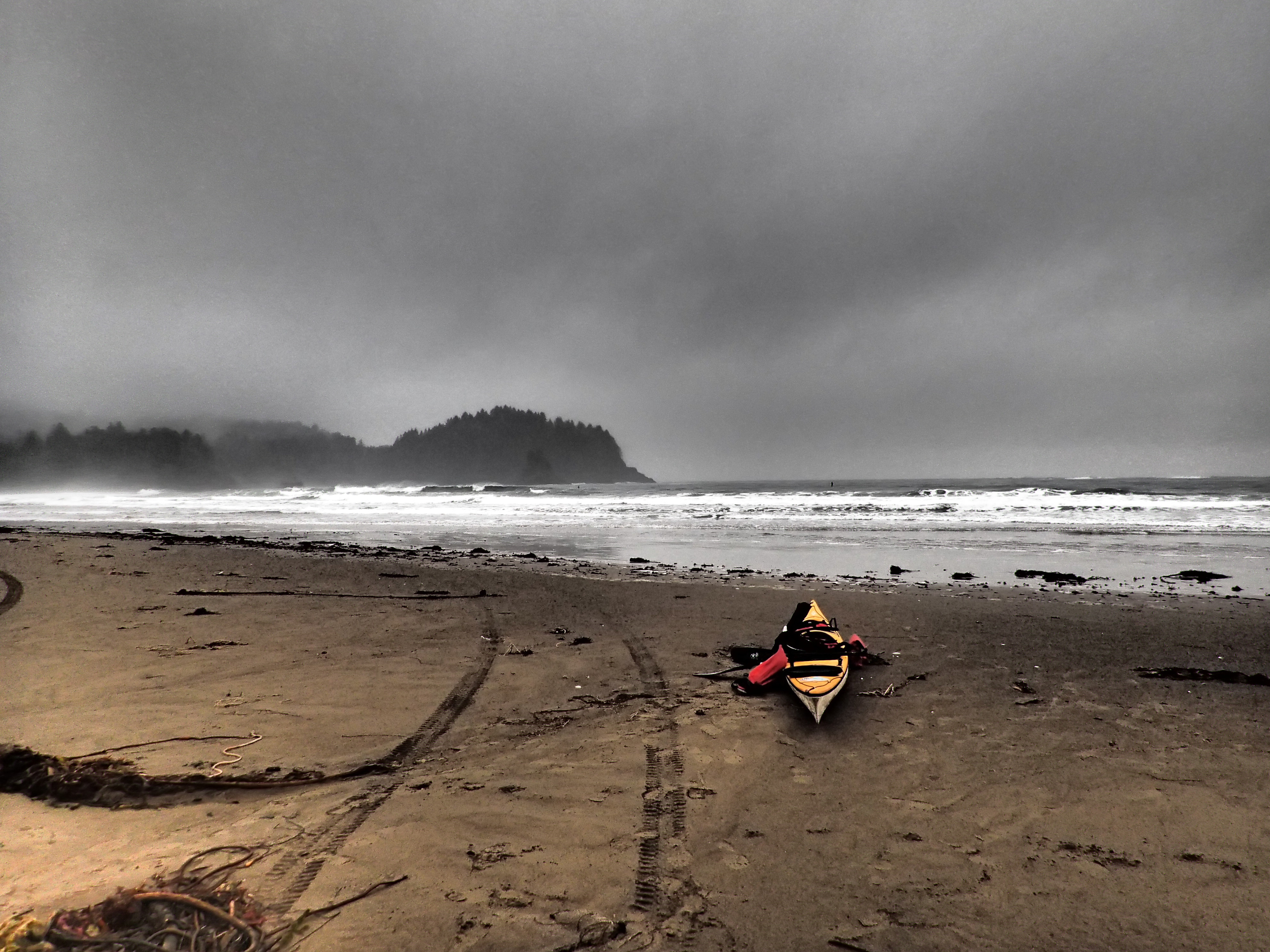 There are two beaches in particular that have stuck with me from the Roadless Coast expedition and both of them are here on the Makah reservation in the upper left-hand corner of the country. When I can manage the time, I like to come back and see them, see what changes have been made by wind, water and storm and see how the level of debris fluctuates depending on the season. The first beach, just south of Makah Bay and Portage Head, was my destination yesterday.

I tried paddling overfirst. I launched far enough south on Hobuck Beach that I didn’t have too much trouble getting out. The swells were huge, but they were coming out of the southwest and my launch area was partially protected by the sweep of the bay. Getting around Portage Head took longer than I’d expected. The current was strong and the standing waves at the point were considerable. I kept a keen eye out for sunkers and reefs and worked my way down the coast. When I got abeam the beach where I was going, I saw that the swell was hitting that spot dead-on and that 8-footers were slamming on the rocky barrier shelf that I would need to get through if I expected to make landfall. It wasn’t going to happen.

So I paddled back, back through the complicated currents and massive swells of Portage Head. I landed on the sand where I’d started from, changed out of my drysuit, and got ready to hike in to the cove instead. (It’s a difficult spot to hike to, but it’s not impossible.) Walking the Shi-Shi trail made me feel like I was underwater. The sky was a featureless gray dome through the trees and droplets of mist hung in the air. Everywhere the sound of running water and drip, drip, drips of rain off the leaves and ferns all around me. December gray. It might be sunny tomorrow, with blue skies and a blazing sun. It could just as easily look like this until June. Either possibility has an equal chance of being true, such is the nature of the Northwest coast.

I made it to the beach, poked through the logs and the grasses above the high tide line. Debris lined the top of the cove but there wasn’t nearly as much there as there had been the first few times I’d been to the spot. I don’t know why this is; maybe the storm pattern scours the beach at some times and then puts debris back on it at others. Or maybe a few cleanups are starting to make an impact. Hard to say.

It was a hike though, and given the effort required by the earlier kayaking session, I slept well last night.

» journal » The South side