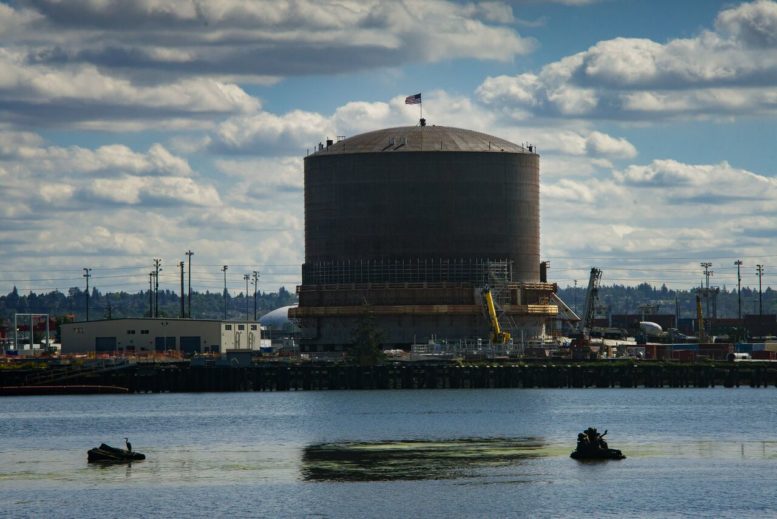 Taking their cue from the student-led Climate Strike movement, the Tacoma City Council voted last week to declare climate change an emergency. “By passing this resolution,” said Mayor Victoria Woodards, “the City of Tacoma… is committed to updating our Environmental Action Plan to reflect the urgency of climate change while defining a pathway to reaching the City’s carbon reduction goals by 2050.” First city in Washington to take this step, you know, so there’s that.

But 2050? Seriously? How exactly does this demonstrate a sense of urgency? Greta Thunberg will be 47 that year; America, or what’s left of it, will be 274. To say that we are taking climate change seriously while staggering toward some “target” that won’t begin to come into focus until the present lot are out of office and gone, doesn’t pass the smell test.

And, in case you think I’m kidding, or exaggerating somehow, on the same day the council unveiled their profile-in-courage, the LNG debacle in the Tacoma tideflats got its permit from the (ironically-named) Puget Sound Clean Energy Agency, thus overcoming one of the project’s final construction hurdles. Hard to see how this kind of thing meshes with the council’s getting religion on the whole climate change thing.

Because it doesn’t. Occam’s Razor. Look it up.