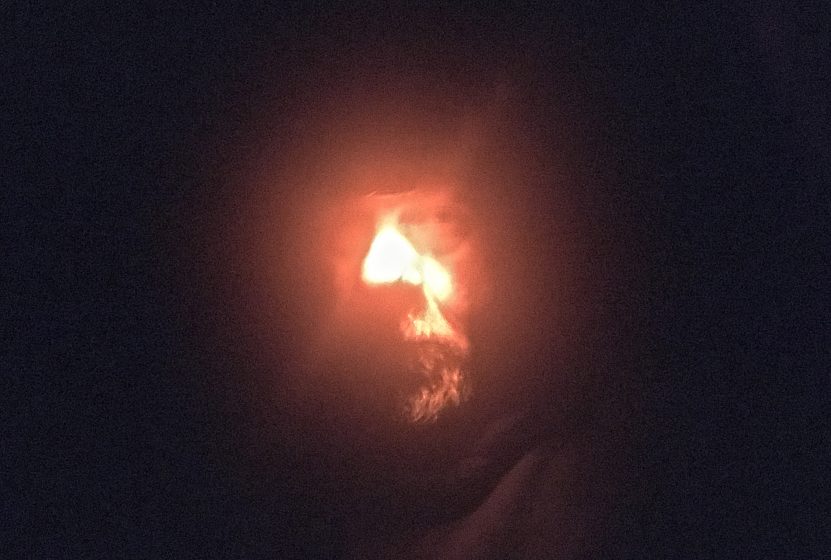 It took me 39 hours and 14 minutes to paddle from Tacoma to Port Townsend. That knocked more than an hour off the total that I put up the last time I did the route but I was still a lot closer to the back of the pack than the front. (The winning time was under 11 hours!) I probably could have shaved another couple of hours off if I hadn’t taken a wrong turn in the fog yesterday morning (no compass, no GPS), but that’s how it goes.

I didn’t take many photos during the course of the race but of the few that I did take, the one above is my favorite. It was just before a 2:30am start from Point No Point, after a delicious 3-hour sleep that was incredibly difficult to get up from. The old, smelly sleeping bag on the sand among the driftlogs felt like the most luxurious mattress in the most expensive hotel I can imagine and I could have stayed there under the covers for hours. I think the image accurately captures my feelings at that moment and while I know I made the right decision to get up and carry on, you can probably see how I felt about it at the time.

It’s way more mental than physical, this long-distance ordeal. Starting at 7:00pm puts racers behind on the fatigue scale right from the beginning, and it gets more difficult from there on. I can only imagine how the racers are doing today on the first leg of the R2AK… It was windy as hell at the start this morning and most if not all of the paddle-powered vessels haven’t gotten out into open water yet. It’s going to take a lot of mental to make it work.