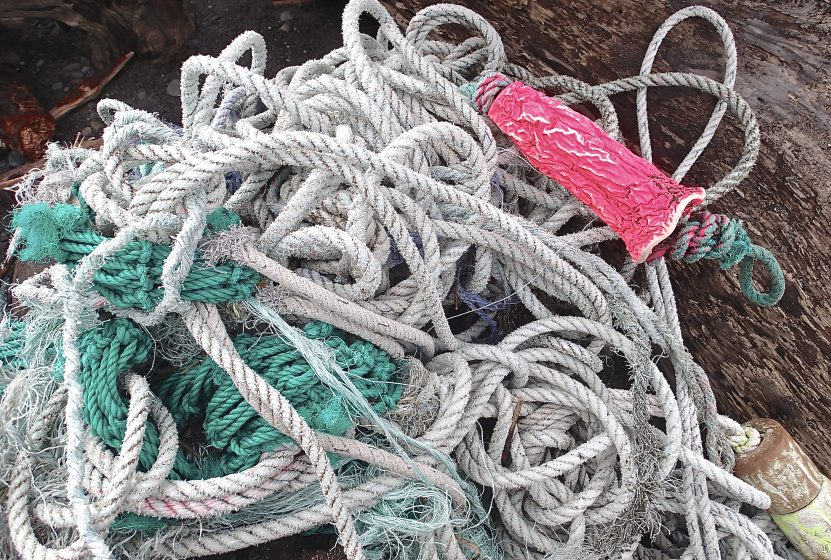 There’s this one beach near Cape Flattery that I’ve been going to twice a year for the past seven years, trying to get an idea of how the debris accumulates there over time. It has a couple different names – as most great beaches do – but what is called is not as important as where it is. Because it is situated facing the southwest and it’s so close to the complicated currents at the cape, there are often large quantities of items washed ashore here, but this time was different.

I don’t know if it’s simply that the beach is getting more cleanup attention now than it used to or if something about the deposition patterns have changed, but I have never seen it with so little trash as I did this weekend. I spent about two hours on site and came away with one backpack’s worth of items, mostly bottles. This is a beach that, in the past, has been littered with fishing gear and garbage, and now it is virtually debris-free.

So I guess that’s good news. I’ll head back there in April, give it another look.