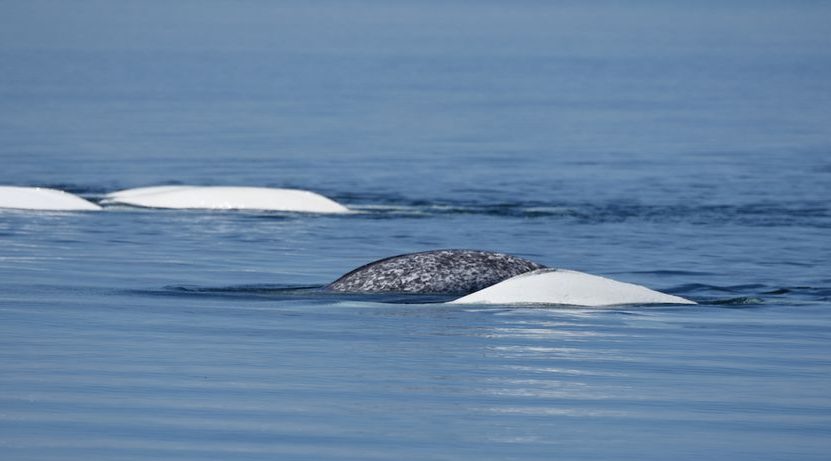 I’ve said it before and I’ll likely have to say it again… this is not a political space. At least, I try not to make it that way. I have my thoughts about current events and I have no real aversion to sharing them but I have consciously tried to keep anything that might be construed as politics off of this page. I have not always been successful at this but I sincerely believe that the Ikkatsu Project is working on programs that are going to need lots of bandwidth if they are going to succeed. I don’t want to alienate anyone who might end up being a big part of a beach monitoring program or a remote cleanup simply because we don’t agree on Syrian intervention or long-term monetary policy related to Brexit.

But check this out. It’s just a story, nothing partisan. A young narwhal, all alone. And it’s a story about the kind and playful belugas that have taken him in. Just a story to warm the heart, not any kind of political commentary, not supposed to make you think about anything topical, okay?  There’s no hidden message, nothing that should cause any pangs of, what? Guilt? That’s silly. Guilty of what? And how could there be any possible metaphor in this tale, a group of white whales adopting a darker-skinned stranger and including him as one of their own? What?

All I’m saying is that, when the Harvard researcher says the following, I wish he were talking about humans: “I don’t think it should surprise people. I think it shows … the compassion and the openness of other species to welcome another member that may not look or act the same.”