For All the Wrong Reasons 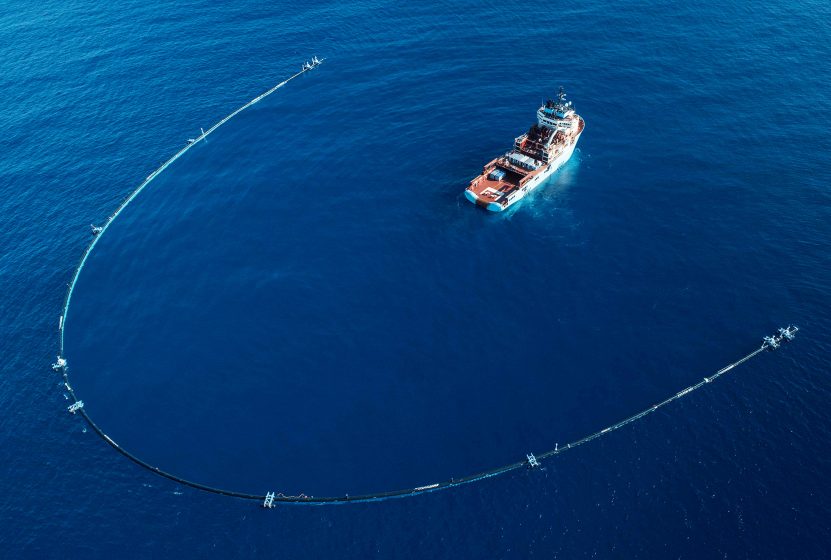 Until it came up in an email yesterday, I haven’t thought much about the Ocean Cleanup, at least not since last year’s test of their big prototype boom ended without success, failing pretty much exactly the way that its detractors said it would. Too flimsy, unaddressed bycatch and fouling issues, too shallow a reach for capturing plastics in the water column and not being able to hang onto the plastic that it does get a hold of. It’s not even being touted as something that can get at smaller plastics anymore, and the hard reality is that it never will actually have any real impact.

I’m not going to go into the history of the project again… look it up if you’re interested. Read all about the Dutch kid who had this engineering vision, to rid the ocean of plastic using high-tech ocean sweepers. Hell, you’ve probably seen him on TV at some point, the lovable mop-top science urchin with the big idea, pitching the gullible media on an entertaining story with lots of high-sounding bells and whistles. Promises have been made and millions have been wasted already, with more millions to come, apparently. “At least they’re doing something,” say the supporters who have been duped into thinking that this will somehow alleviate the environmental pressures from continued plastic production.

Picture this: There is a patient laying on the operating table. It’s not a pretty sight. He’s been shot, stabbed and cut, and he’s bleeding severely. The blood has pooled on the floor under the table and little streams are channeling away and across the tiles, finding the edges of the room, precious blood that the patient badly needs to survive. The doctors and the nurses are all on their hands and knees, desperately trying to clean the floor. Using absorbent towels, mops and sponges, all the while calling for more assistance, for bigger, more efficient ways of getting the floor cleaned up. Meanwhile, the patient lies unattended, virtually invisible, his bleeding wounds completely ignored while the intense work goes on around the periphery. Oh well. “At least they’re doing something.”

That’s the Ocean Cleanup. A high-cost, low-value fever dream that spectacularly fails to clean up the effects of global plastic addiction without attempting to address its actual causes. That it also sends a message of technological salvation without the need for a basic rethinking of our priorities, a get-out-of-jail-free card for a society that doesn’t deserve it, is also on point. We are hard-wired to seek the quick fix, and loathe to change our habits. The huge plastic ocean sucking machine, or what’s left of it, will eventually exit the scene with a whimper, taking tens of millions of dollars down with it, along with the wide-eyed motivations of those that it suckered into its grift.

Sorry, was this too pointed? It’s nothing that hasn’t been said elsewhere, by plenty of others who have tried to explain why it’s such a wrong-headed idea. But it’s not fashionable to speak truth at this level, to rain on the tech parade, no matter how obviously foolish and pointless that parade may be. Somehow it has become a bad thing, a sign of mean pessimism at the very least, to call out the errors in thought, purpose and design that this project embodies.

No matter. We persist. It’s still a stupid idea.

» journal » For All the Wrong Reasons