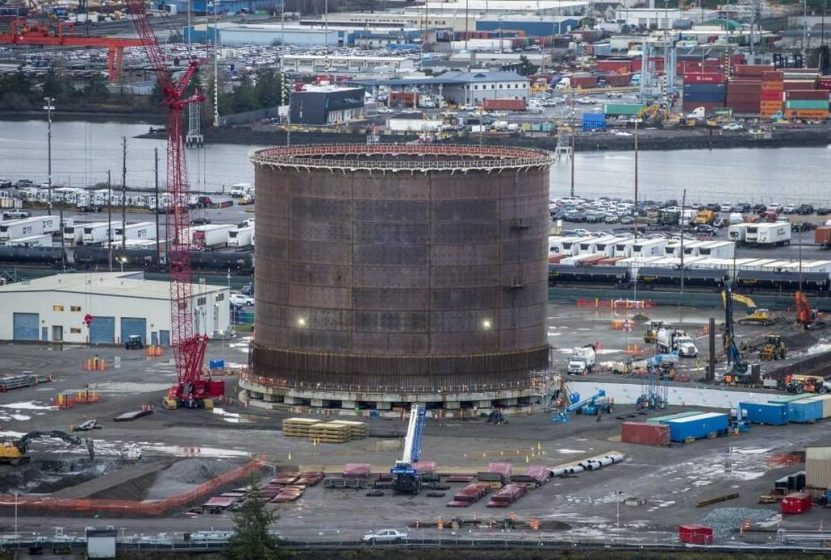 There’s this spate of commercials in regular rotation on TV channels up and down the dial lately, extolling the various benefits of using natural gas as a fuel in our port, rather than the dirty bunker fuel the ships are burning now. It’s all about trying to get public opinion behind the proposed LNG terminal that is being planned for the Port of Tacoma, a poorly-planned concept that has been executed, so far, with stunning clumsiness. Nevertheless, it’s cleaner, the commercials tell us, and one chipper voice after another comes on to explain that we need more natural gas capacity in the port, and to say differently is to be against clean air somehow. It’s called advertising.

(I remember seeing some comedian somewhere explaining that advertising is only required when someone is trying to sell you something you don’t need. If you really needed it, there wouldn’t need to be any ads for whatever it is. Think about that.)

The facts about natural gas go deeper than whether it burns cleaner than other fossil fuels. The way it is produced, the ecosystem damage that the fracking wells inflict, the habitat degradation, the insane level of methane leaks and the out-sized damage they cause to the air that we breathe and the higher levels of the atmosphere. Those are just for starters.

It is a different language they are speaking, this advertising. Facts are useful or not useful… whether any of them are actually true is of no interest.

» LNG, Natural Gas is a Lie, Port of Tacoma