Let There Be Light

Thinking About a Race 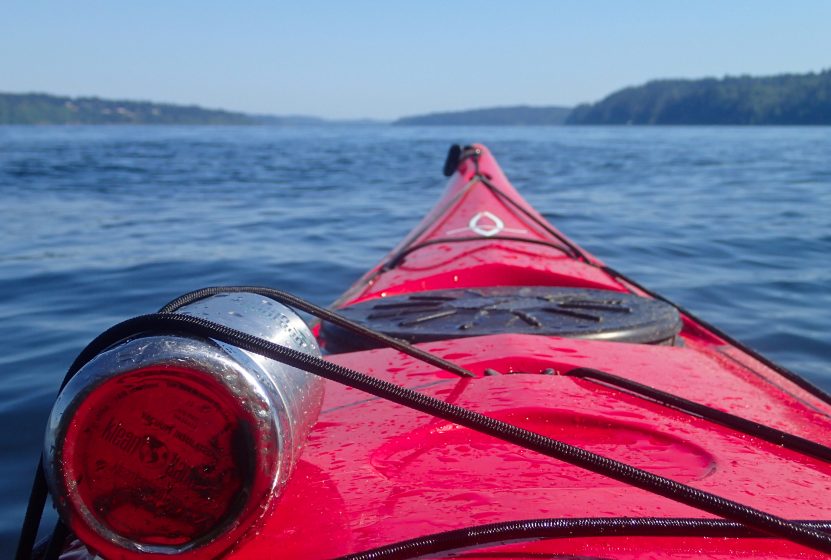 The photo above is a look north up Colvos Passage, part of the Seventy48 course that I’ll be paddling next month. It’s a funny piece of water actually, where the current is always flowing north. True, there are times when there is no current at all, or none that you can detect, but the water never reverses direction and flows southward. It’s a function of the the topography – both above and below the waterline – as well as the fact that Blake Island sits like a cork at the top of the passage, preventing the flood from entering with any force. It’s a pretty fascinating anomaly… I could talk about that for a while.

Of course, that gets me to thinking about George Colvocoresses, a middie on the Wilkes expedition of 1842, the guy that Colvos Passage was named for. Wilkes went into a naming frenzy in Puget Sound on that trip, trying to tag as many features as possible for the United States in an area that was still very much contested by Great Britain. Wilkes made the command decision, however, that George’s family name needed some nips and tucks before it could be entered in the official record. And so it was done.

And then I look up into Colvos Passage again, knowing that soon I will be paddling here with a purpose, trying to move a boat seventy miles in less than two days. It is a literal piece of garbage, this “kayak,” something I have made out of foam blocks that washed ashore at Salmon Beach. It is seaworthy, I think, but it is not going to be a fast trip. My entry into this contest is not a bid for victory; it is rather an attempt to present people with the governing metaphor of our time, that we are all floating on garbage.

I’m doing everything but thinking of the race, as it turns out. Soon it will be here.

» journal » Thinking About a Race