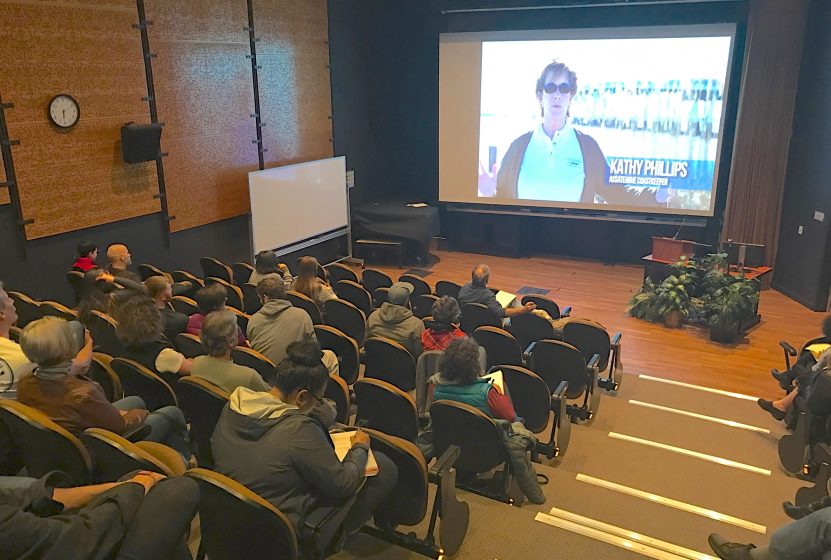 Yesterday evening, in a pretty little auditorium down at U-Dub Tacoma, six short films about offshore oil drilling were shown to an engaged (and fairly large) audience. There is a lot of pushback from all over the political spectrum, against the idea of opening the US coast for more of the drill-baby-drill. It is a terrible idea from top to bottom, but because it might not even be the worst idea to come out of the other Washington this week – the competition for stupid is strong back there at the moment – I am always pleasantly surprised that so many other folks feel the same way. Thanks to Surfrider and UW for the time and support they put into it and helping to get the word out.

The big hearing, such as it is, will be in Olympia on Monday, starting at 1:30. Go, make your voice heard, be a part of defeating this ignorant idea and keeping our coast from becoming the cesspool that the oil companies and their allies in government would like it to be. See you there!

But before all that, I am taking a couple of days to go east, and south, to SUP on the Columbia River. (I have an article to write for a Seattle magazine about paddleboarding and I owe it to the readers to do some due diligence, yes?) Just trying to be as professional as I can.