Getting out of hand 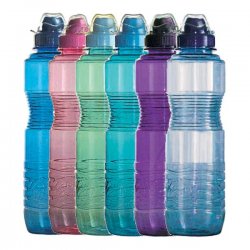 Over the past couple of years at our house, we’ve been gradually moving towards food that has fewer ingredients. Less processed stuff, ingredients we can pronounce, and the shorter the list of stuff that’s inside, the better. One ingredient is best, ie: 1 apple, 1 banana.

Turns out the same is true for the containers our food comes in. Remember the fuss a few years ago that led manufacturers to largely discontinue the lining material BPA and move to the replacement BPS as a component in thousands of consumer products? Used to coat cash-register receipts and printer paper, food and drink containers, and in many No. 7 plastic water bottles, both BPA and BPS have been recently linked to abnormal brain development and hyperactivity. Turns out that the switch was no change at all, or worse.  They are each, as it happens, one ingredient too many. The brain attacks are just the latest in their litany of chemical offenses: diabetes, infertility, cancer, heart disease, tumors, and… the list goes on for a while. Oh, and then there are the endocrine disruptors they contain, with their unintended hormonal impacts pushing little girls into puberty before they hit middle school and hanging boobs on little boys. You can’t make this stuff up.

So we are faced with a world chock-full of BPS now, the mongoose to the BPA’s rat. (Extra credit if you get that reference.) And our cure turns out to be, as is so often the case, even more harmful than the problem it was supposed to solve. There’s a recent study out of Calgary that, “… shows that BPA and BPS scramble crucial brain development that takes place during the second trimester, causing too many neurons to form early and not enough to form later in development. This, in essence, short-circuits the brain, causing lifelong problems like hyperactivity 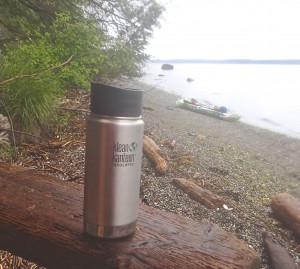 .” I don’t have anything to add to that.

There’s a shout-out to Klean Kanteen in the piece as well, one of the valued sponsors of the Ikkatsu Project and the purveyor of awesome stainless steel food and beverage containers. (Like the water bottle I’m using right now.) Their lists of ingredients are very short, and that matters.

» journal » Getting out of hand