The edge of the world 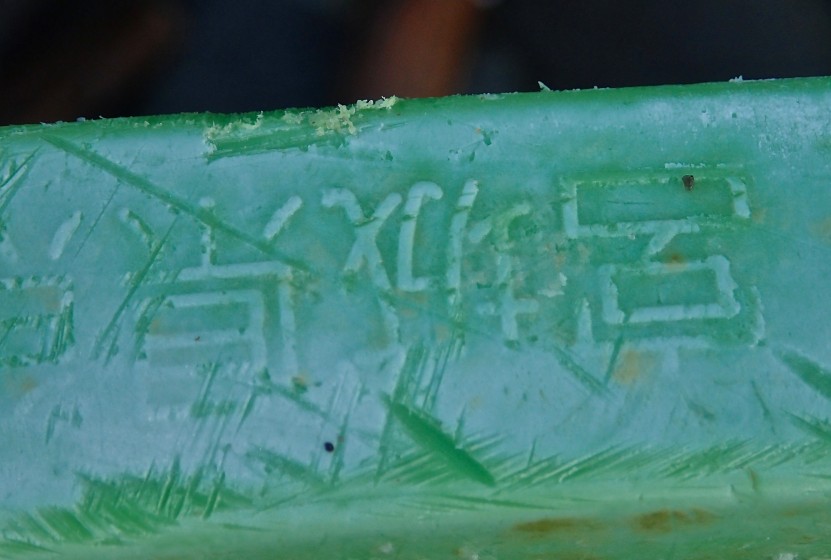 Just walked in the door, just got back from a weekend out at Neah Bay, checking some beaches, doing a little collecting. I was able to get about 30 pounds 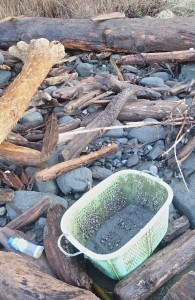 out from the north end of Shi Shi Beach and another 75 from Cape B, just south and north of Makah Bay, respectively. It is always a little fraught going back to the place where we found a portion of a Japanese home on the first leg of the Roadless Coast trip back in 2012. There is no sign of anything left there now, of course, but I will always remember it as it happened. When we finally realized the situation, that we were literally going through the contents of someone’s house, thousands of miles from its last known address… that was a powerful moment.

There are still invasions going on at the beach. I didn’t see any new tsunami related items, but there was no shortage of debris and some of it came with critters attached. There was a laundry hamper with Asian text on the rim that had come to rest in a creek bed and its inside surfaces were covered with what looked like mussels or pelagic barnacles of some sort, but not like any that I was familiar with. If I had to guess, I’d say that the shellfish were hitchhikers, not any kind of native species and they didn’t belong there. 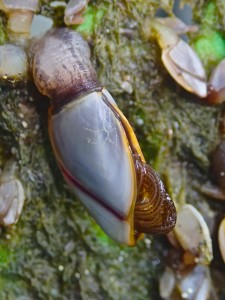 If you’re a marine biologist or bivalve enthusiast, and you think you might know some more details about this little guy, please write in with your two cents.