Lions in the night 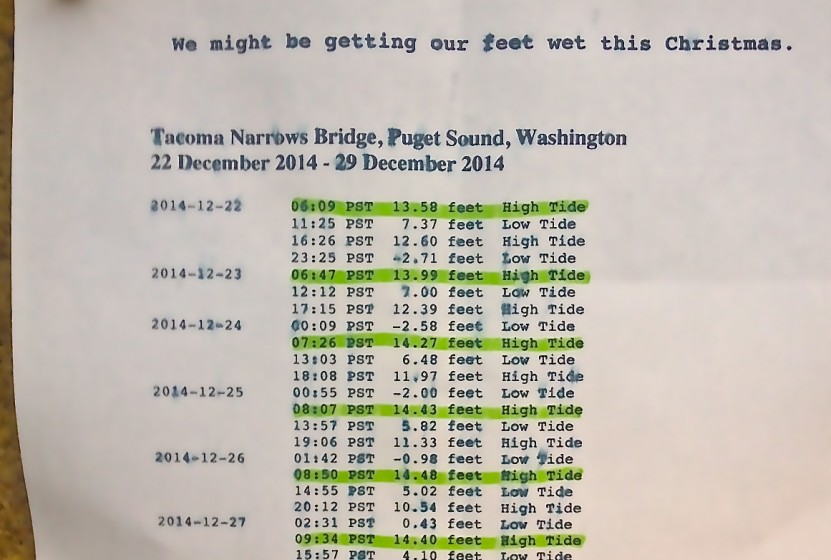 It’s the stormy time of year in the Pacific Northwest. The Pineapple Express has been rolling through this past week and disrupting the routine here and there. Power outages and falling limbs, gushing storm drains and flooded roadways. The Tacoma News Tribune is still littering the streets of town with their useless and unwanted advertising Bombas, and their plastic-wrapped, decomposing remains are being washed into the waters of Puget Sound as we speak, another reminder that Tacoma’s “local” newspaper doesn’t give much thought to Tacoma or the environment. The Ikkatsu Project sends a lump of coal and a hearty Bah Humbug! to the most profitable and invasive littering campaign in town. 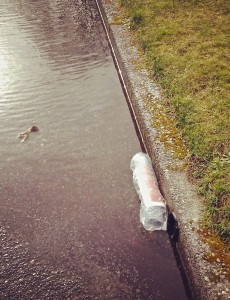 Other than that, the high tides that have been hovering at the edge of flood for the past week are finally subsiding, but not for long. Christmas promises to be most interesting this year, with predicted tides almost a foot higher than what we had this week. That’s going to get up to that edge again, and then go right past it. If the pressure is low and the winds are up when all this happens, there will be even more of an impact. That we will have some waterfront drama this holiday season, there is no doubt.

On a brighter note (literally), it’s only 9 more days until Solstice and the lights start to come back on slowly. So there’s that.