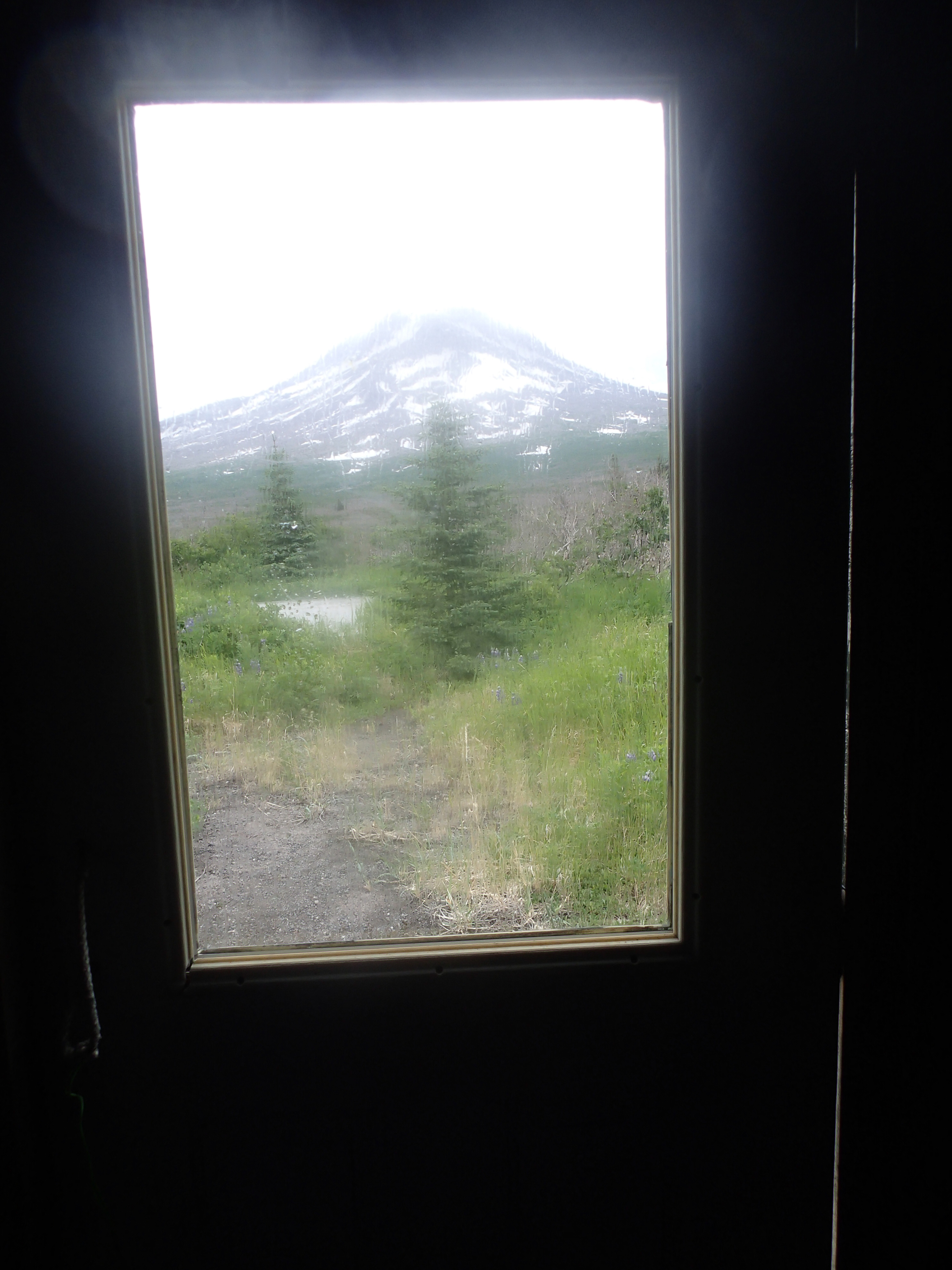 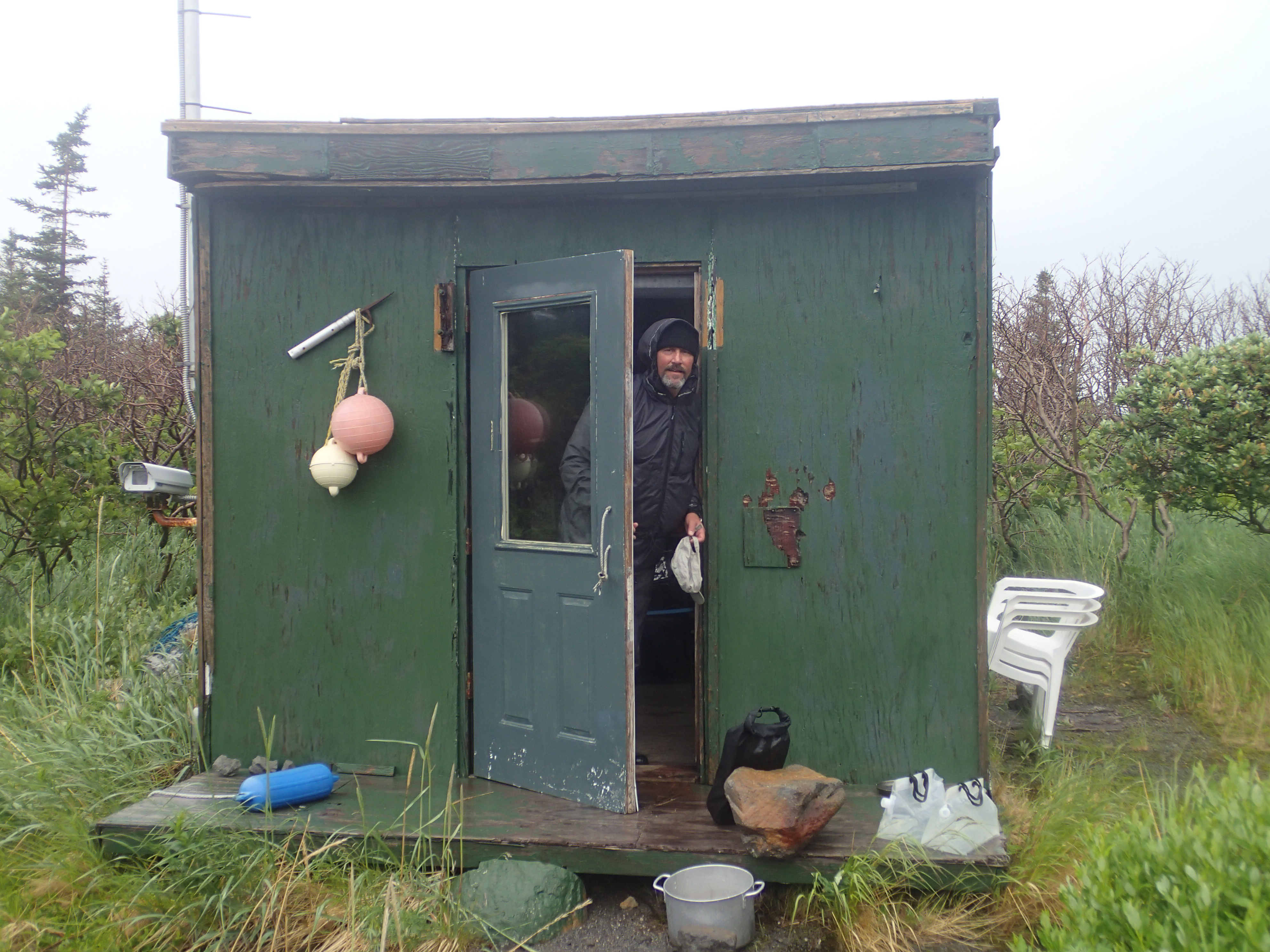 I suppose it would make sense to present the recap of the 2013 Ikkatsu expedition in some kind of chronological order, but that’s entirely too predictable. (If that’s what you want, we updated the Facebook page each evening we were out there with a daily synopsis and a GPS shot of our location… that’s all still on the page for you.) As I scroll through the 900+ photos I took, however, there are some that instantly bring stories to mind and I figured I’d just tell those stories as they come up.

The photo above is Steve at the door of the little Alaska Volcano Observatory cabin that we used for a portion of our time on Augustine. It was just a little 12′ x 12′ shack, plywood and studs (no insulation), but it was like a castle for us when the winds were blowing 40 knots and the rain was falling sideways. The first night we were there, the wind found its way through a few of the cracks near the rafters and made the wood vibrate like some kind of out-of-tune musical instrument. There were two distinct notes that alternated back and forth, like the building was talking to itself. Steve did a little caulking with paper towels and muffled it a bit, but it never really went away until the wind died.

Being able to use the cabin was a real privilege. Having a place to cook, to stand up and to keep our stuff out of the weather when the conditions were downright inclement was a big part of keeping us sane during the first week of the trip.