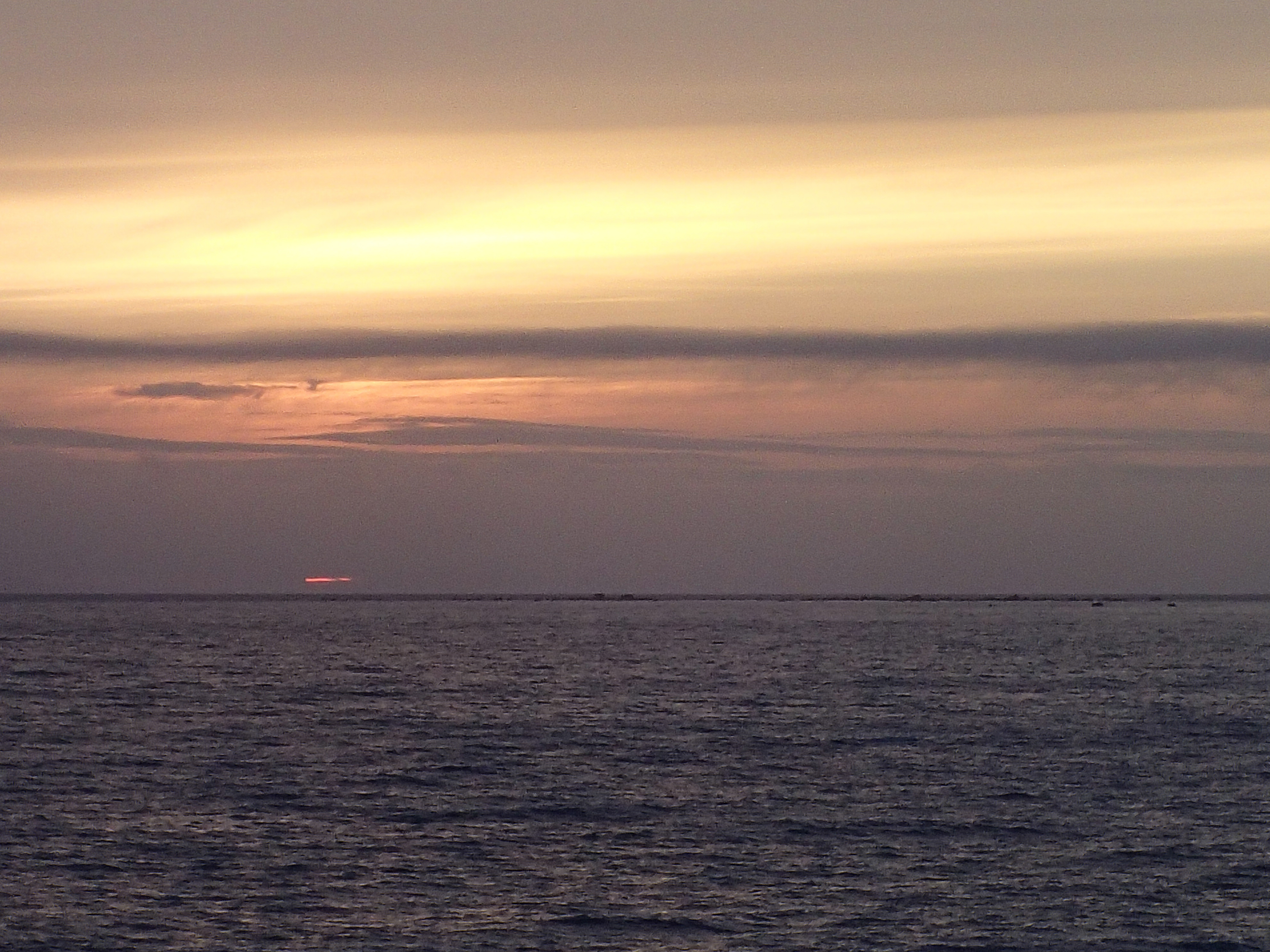 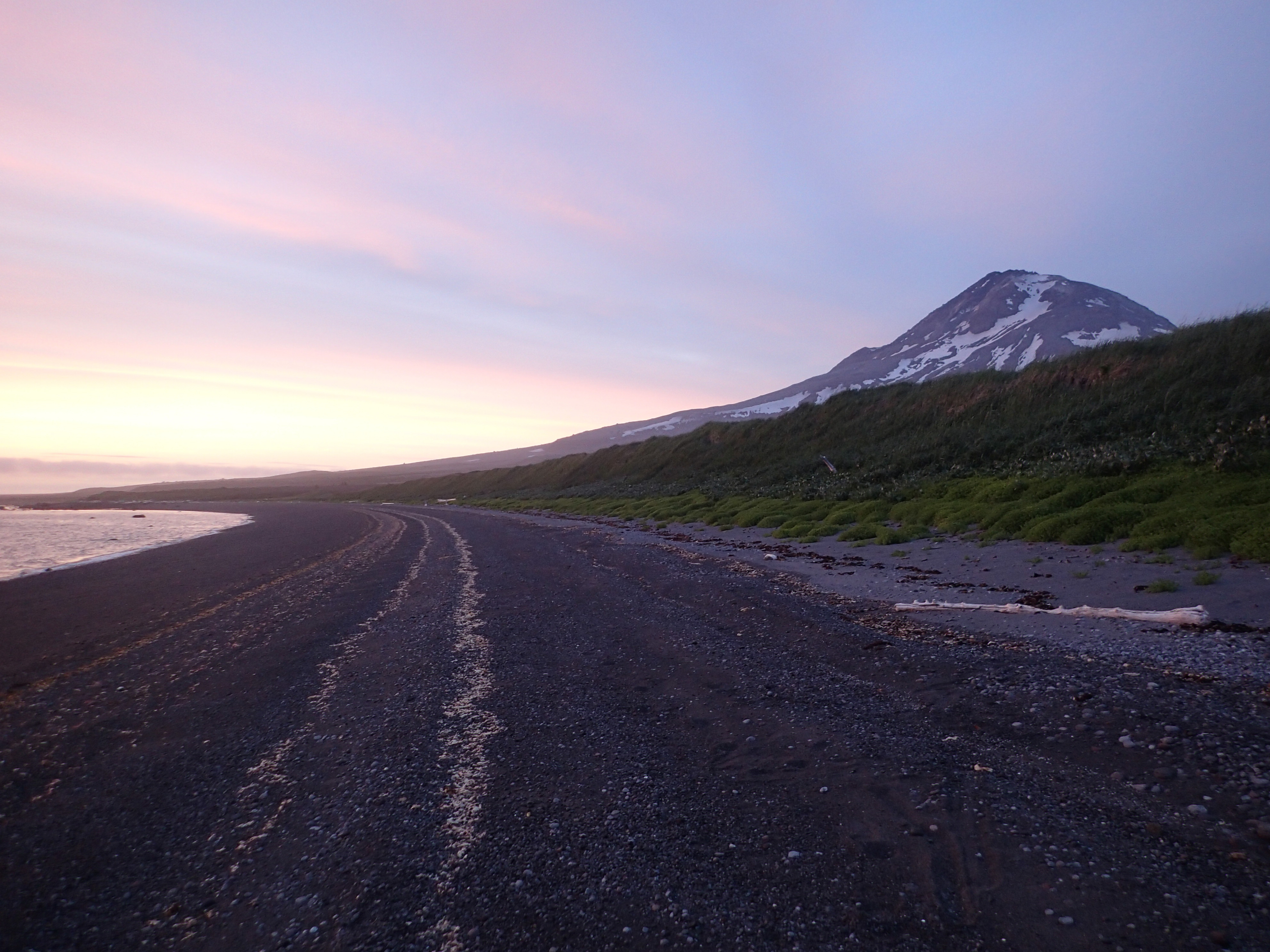 Although we’d already had almost a week on the ferry just getting from Bellingham to Homer – more on that later – our first morning on Augustine was when the realization of where we were began to sink in. (To call it “morning” is just a way of referring to when the light in the sky began to get a little brighter with the rising of the sun – it never really did get dark at any point.)

It had been incredibly windy during the night. Steve and I had both gotten up to add guy lines to our tents as the wind howled and the sand blasted our camp site just above the high tide line. By sunrise, however, the wind had ceased and the sky was an amazing blend of orange and red. Which, although it was beautiful, was a harbinger of the nastiness we would be experiencing just a few hours later after the weather changed. But at that moment, the mountain was out and the air was calm… it was a serene time in a very wild place and we were honored to be there to see it.