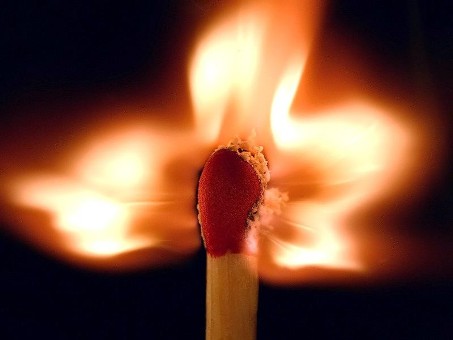 As the Ikkatsu Project has progressed, both Steve and I have learned a great deal. About tsunamis and the way that ocean currents work. We’ve learned about plastic pollution and its effects on the marine environment. We’ve gotten a crash course in film production and all the things that work and don’t work through the eyes of the camera. We’ve even learned a lot about ourselves.

Lately, what we’ve come to realize is that we are not good at high-pressure sales. We started a Kickstarter campaign a few weeks ago to fund the next film; we pulled the plug on that effort earlier this morning. We began the campaign with the highest of expectations and the loftiest of goals but it has become clear that, if it was going to be successful, it would be because we were in constant sales mode. With our friends and family, with strangers that we met (or didn’t meet), with everyone we could possibly pressure into giving us money.

We are taking some time to revisit our budget for the upcoming expedition to see if we can make cuts in the amount we’ll need to pull it off. We’ve already identified several items that we can either do without or get at a better rate, and we’ll continue to do so.

It wasn’t working for us. That’s not how we see ourselves and it’s not the face we want the Ikkatsu Project to present. We see what we are doing as a valuable errand, trying to raise the overall awareness about plastic in the marine environment, getting the word out about what the challenges are and how we can all help to make the planet a better place. (The only planet we have.) We believe that, if people are exposed to the reality of environmental degradation, some of them will resolve to do what they can to improve the situation.

That’s it. Really, that idea is what drives us. In fact, the main thing about the Kickstarter campaign that was eating at us was the suggestion that, if we didn’t reach our funding goal, we would not be going to Augustine and there would be no film made at all. (We said as much in our pitch, but I’m not sure we really believed it.) So, for the record, we are going to Augustine. We are leaving on June 22nd. We will be doing marine debris surveys on beaches where they have never been done before and we will be working to determine the effects of plastic debris on vulnerable species of sea birds. How much money we can generate and who we get it from will not dictate our commitment.

We are taking some time to revisit our budget for the upcoming expedition to see if we can make cuts in the amount we’ll need to pull it off. We’ve already identified several items that we can either do without or get at a better rate, and we’ll continue to do so. in addition, we are raising funds in other ways as well: speaking, writing and marketing video, for example. We have some great expedition sponsors and there are others who will be coming forward as the weeks and months go on. We are planning to begin a different crowd-sourcing campaign soon and if there are those who would like to contribute what they can to help us get this message out, we will be most grateful. (More info about this will be up at a later date.) It is not that we do not want help; we do. We just don’t want to be the annoying shills that you end up blocking on Facebook and whose emails all get dumped into your spam folder.

With all that said, it only remains to offer a huge public shout-out of gratitude to those individuals who did pledge to the Kickstarter effort. We are thankful for your vote of confidence and are hopeful that you will remain a part of the work we are committed to continue. We’ll be in touch.