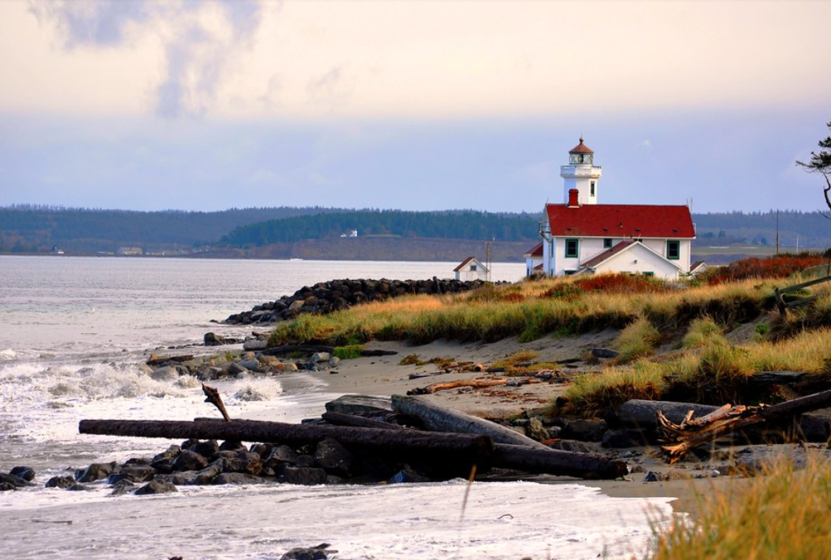 The Strait of Juan de Fuca is Washington’s third coast. On the one hand, there are the wild sand beaches and rocky headlands of the Pacific coast, while to the east, you’ll find the interconnected waterways of Puget Sound. Two very different salt-water systems, both of them definitively Northwest. They are connected to each other by the Straits, that hundred mile-long, horizontal cut of blue that defines the international border as well as Washington’s northern coastline.

Depending on where you are on this third coast, the shoreline ecosystems will look different. The closer you are to Cape Flattery, at the mouth of the Straits, the more things look like the open coast: sandy beaches, sea grasses in the intertidal and kelp just offshore. As you get closer to Puget Sound and the more protected portions of the Salish Sea, the swells disappear and the water seems less active. Beaches are more likely to be gravel and rock, there is less kelp and more eelgrass and the land behind the beaches alternates between high, dirt cliffs and more open terrain. There are currents that are still very much a factor and the wind is likewise a consideration, no matter where you are, but there are obvious changes that are constantly happening as you move east toward the Sound.

It changes, but it doesn’t lose any of its wild. At the Point Wilson lighthouse, there at the eastern end of the Straits, swirling currents and standing waves mix with stout wind and create conditions that are as demanding as any along the outer shore. Even there in Port Townsend, where the inland sea of Puget Sound opens to the south and its more protected waters, a hundred miles from the pounding ocean waves, it’s still as wild as it gets.