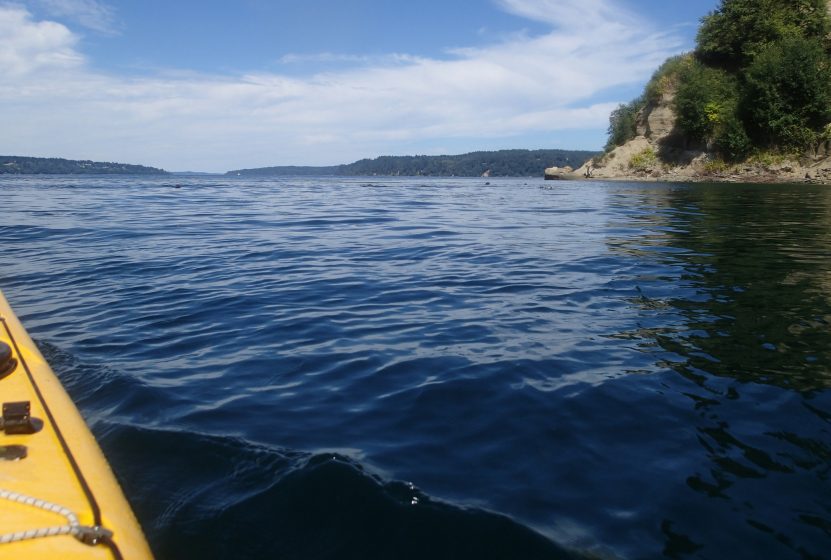 I had originally planned to have the new edition of the guide book ready by November, but it seems to be taking a bit longer than intended. It’s going to be a repackaging of the North Sound and South Sound books that were done two decades ago, completely updated and revised, and put together in one volume. (The South Sound book is still in print, but the North Sound guide has been gone for quite a while now.) In addition to the routes and paddling info, there will also be more in-depth looks at the history and the context of some of the regions discussed, a past-present-future view of the most interesting and unique estuary in the United States. So there’s a fair bit of writing involved.

Everything takes longer than you think it will. (Universal Life Rule #329)

I’m looking at next May now. More details on the project (and earlybird ordering info) coming soon.