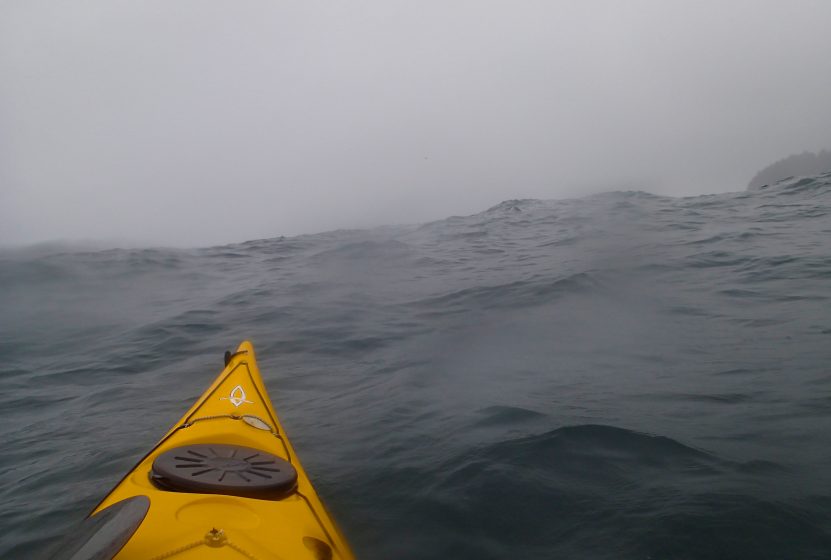 After extensive planning and poring over charts and maps, the tickets for Alaska were purchased yesterday. The Ikkatsu Project is headed back to the 49th state once again, this time to Kuiu Island, in the SE Alaskan archipelago, for a series of wilderness paddling adventures. As with most trips, there are multiple goals and tasks that are planned, but our time in the area (about 16 days), will center around the lighthouse at Cape Decision, on the southern tip of Kuiu, our base camp for several different exploratory paddles. 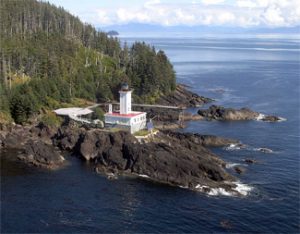 Cape Decision is south of Sitka and west of Wrangell, if that helps you picture the location at all. The light is owned and managed by the non-profit Cape Decision Lighthouse Society, and some of the board members live here on Salmon Beach, which is where the initial connection was made. The board has expressed interest in developing a kayaking program for guests at the lighthouse and it will fall to Marc Mahoney and me to identify some of the possible routes that can be used. This task alone will keep us busy and I anticipate that most of the days will be spent charting camping beaches and water sources, as well as exploring a couple different portage opportunities that might improve trip options. (I’m trying to make it sound like work here…)

In addition to this basic task, we’ll also be conducting beach surveys and collecting water samples for microplastics research at various points along the outer coast of Kuiu. It will be interesting to see what the effects of plastic along the coastline will look like here in one of the more remote regions of the Alaskan panhandle.

We’re taking the ferry from Bellingham to Wrangell, then paddling out to the lighthouse from there, a three or four-day trip in itself. Once we’ve gotten our bearings, I expect we’ll be doing most of our days on the water to the north, along the inside and outside of Kuiu Island, but we’re also planning for at least three days (probably more), going around Coronation Island, an amazingly wild place with a captivating history. More on that later.

We leave next month. Time to get the packing started.

» journal » Cape Decision on the Horizon