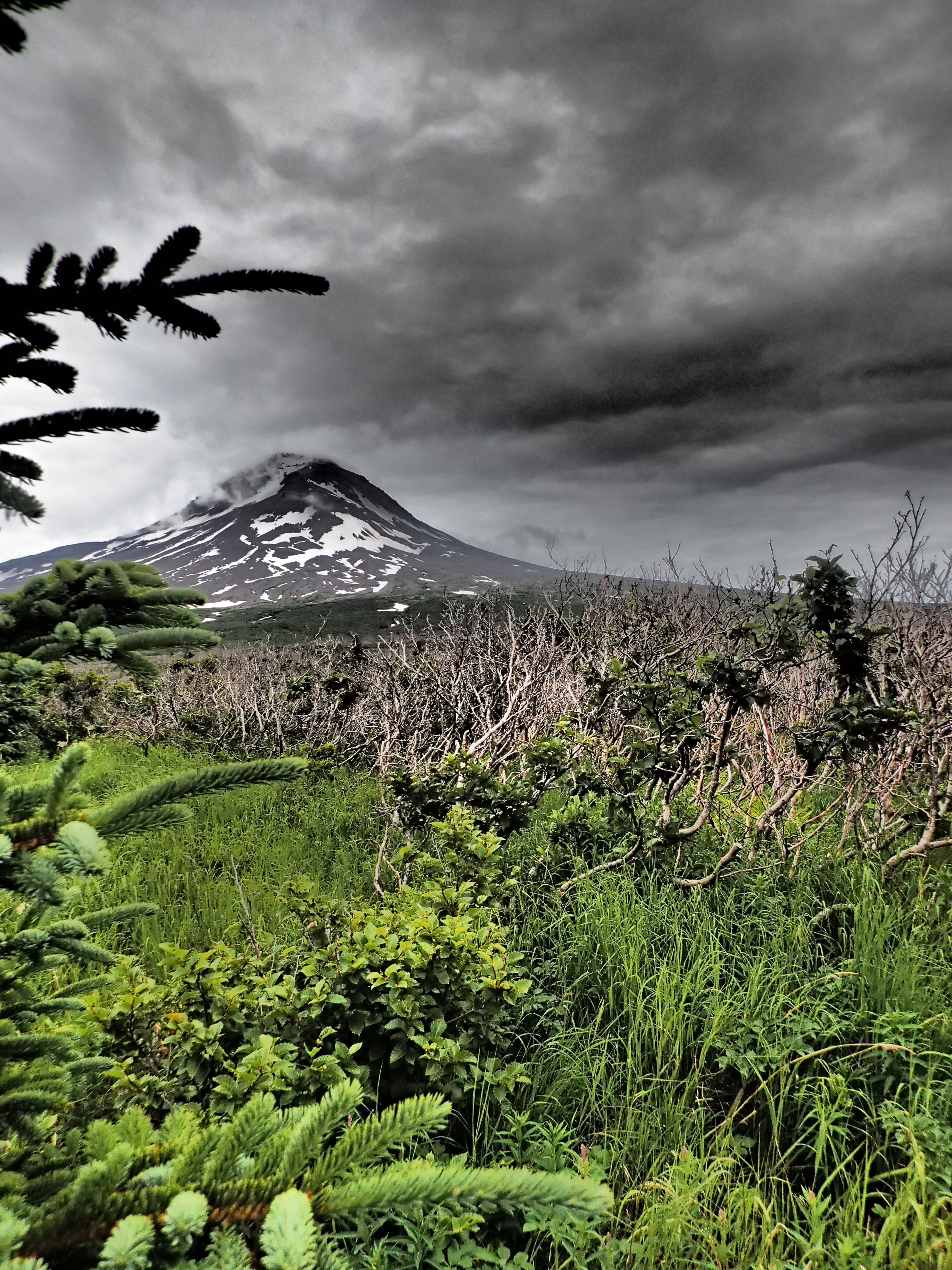 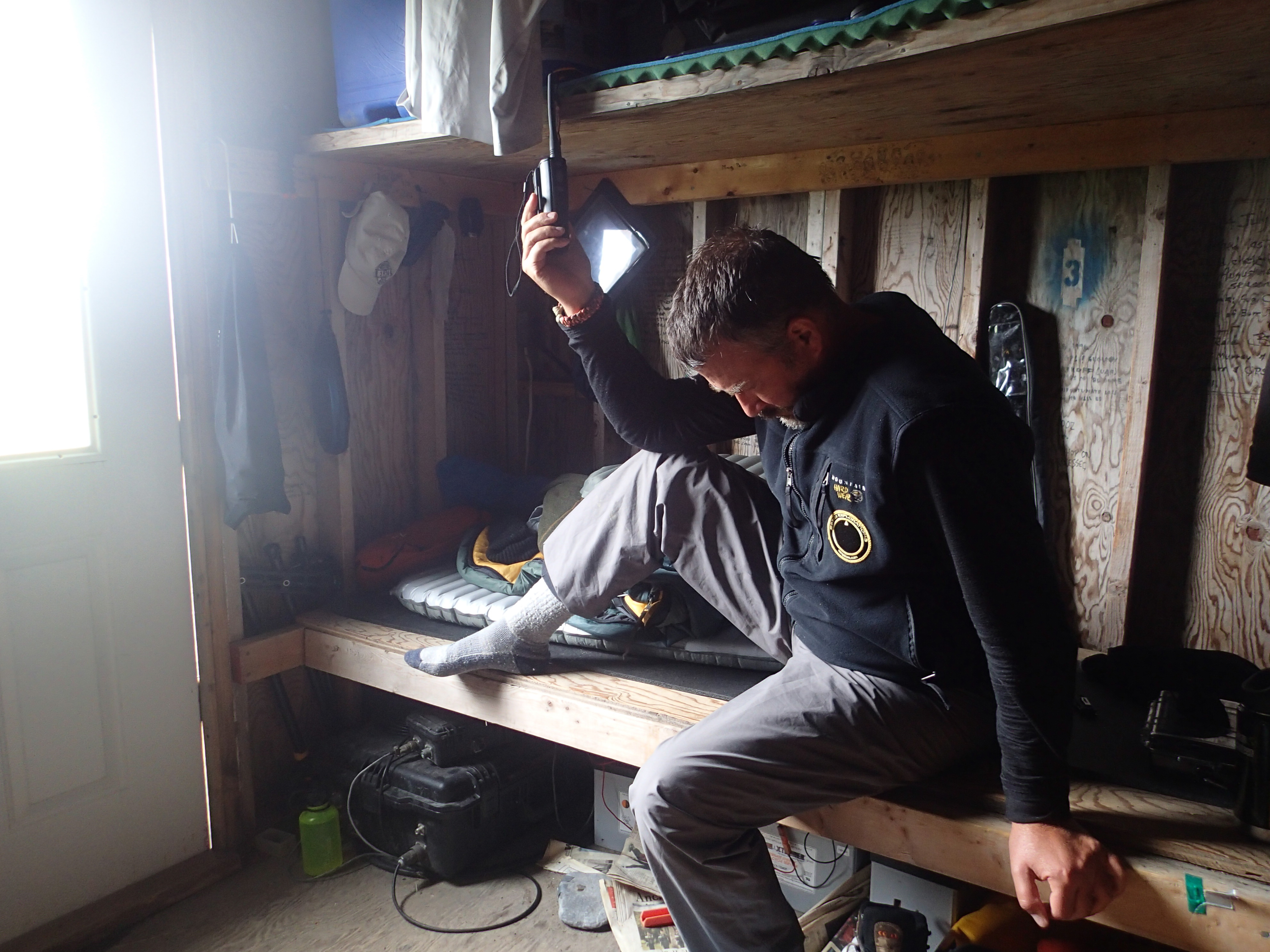 Before we got to Alaska, the state was having a heat wave. During the month of June, Anchorage had more days above 70 degrees than ever before. When we were in Ketchikan, on the way up, the temperature was in the 80’s. All that changed once we got to Augustine.

Because of where it is and the way it’s shaped, Augustine gets a lot of inclement weather. When we would listen to the forecast on the VHF (as Steve is doing in the photo above, holding the radio in just the right spot to get the best reception), we would frequently hear how wonderful the conditions were in other places, while the weather there at Augustine was anything but. “Small craft advisory” was something we heard a lot; “winds 25 knots, gusting to 40. Seas 7 feet, building to 9 feet later in the day.” Stuff like that.

To be fair, the days out on the island weren’t all bad and the weather definitely improved as we crossed over to the peninsula and moved further up Cook Inlet. Still, the forecast was an important part of our daily ritual and not always in a good way.