The Talking and the Rocking 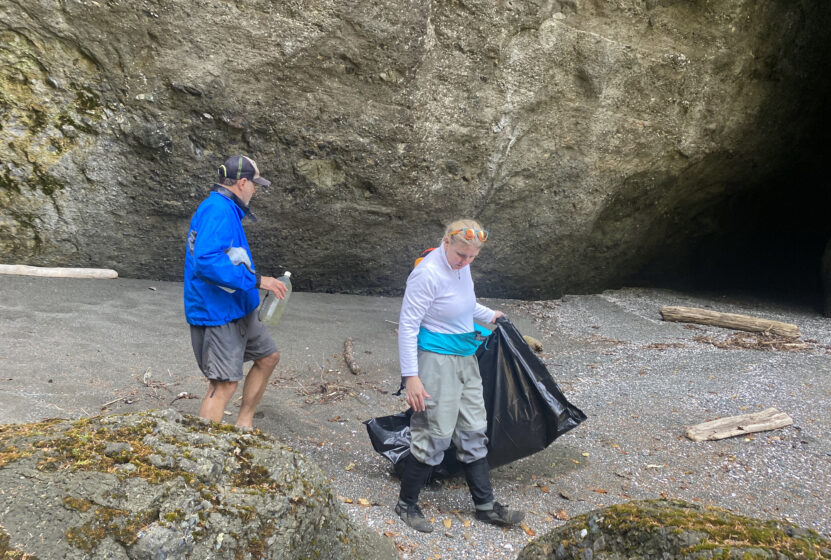 I didn’t hear as much about the International Coastal Cleanup this year as I have in past years, maybe it’s still a sign that the Covid hangover isn’t quite over. Still, there was an effort made here on the beaches of western Washington by a variety of groups and a whole lot of volunteers coming together to make a difference on our beaches.

I was part of a small group of sea kayakers who cleaned two very remote beaches that are virtually inaccessible from land, right at the tip of Cape Flattery. Although multiple beach cleanups in the area have made gains in the years since the first Ikkatsu Project expedition came through ten years ago, these two little pocket beaches don’t really get any traffic. Plastic bottles and varying chunks of foamed plastic constituted the majority of what was collected, along with a few pieces of fishing gear and a lot of what was found was pulled out of the beach grasses and brush just above the highest tide line. Everything that we picked up came back with us in the holds of our boats and was properly disposed of when we returned. 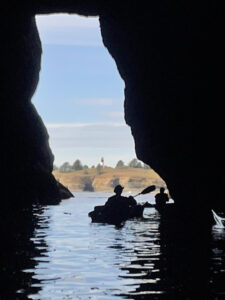 It was a good day spent with great people making positive change. And featuring some amazing cave paddling at the corner of the country. It really doesn’y get better than that.