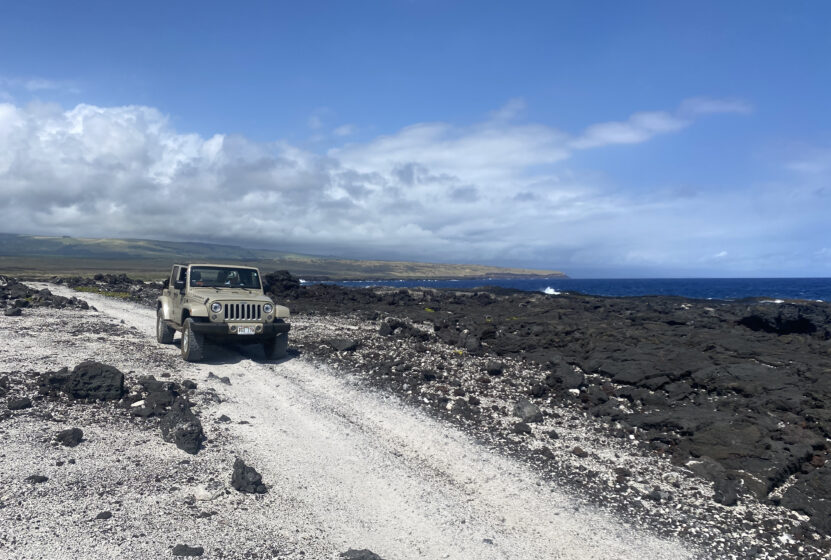 Back when the Ikkatsu Project was just starting up, when we were kayaking down the Olympic Coast counting plastic and all that, early summer, 2012, even back then, I had heard of Kamilo Beach. “Plastic Beach,” is another name, sitting down there near the southernmost tip of the big island, this one particular section of Hawaiian beachfront catches a wide sample of what’s circling in the nearby gyre. I’ve seen reports of beach cleanups that collected 20,000 pounds of netting and other plastic junk from this relatively small section of coastline. 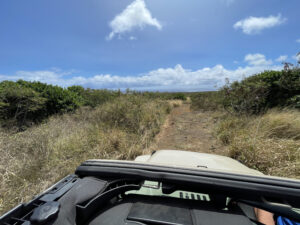 It isn’t easy to get to. The locals we spoke to said that they hadn’t heard of it, wanted to make sure we didn’t mean to visit the nearby green sand beaches instead. It took a unique combination of Google and 4 wheel-drive, along with serious route-finding skills, to get us from the paved highway down the 4 miles to the beach. While it wasn’t technically ‘off-road,’ since we were following a set of primitive tracks through the rock slabs and lava, top down and dust flying everywhere, we were happy to have a vehicle that could handle the conditions.

When we arrived, I was surprised at the lack of big plastic, the larger items. There were big logs, drifted here on the same currents that carry the plastic, but no buoys, not too many plastic bottles, things I expected to find. I don’t know when the last cleanup took place – I do know that they are happening on a semi-regular schedule now – but there was definitely less there than I had thought there would be. 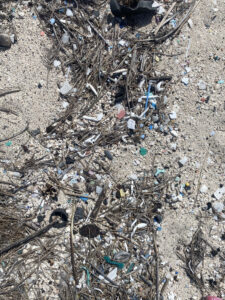 It’s when I get down to beach level, down to the wrackline, that I can see the extent to which plastic will always be here on this beach, and on so many others like it. The grains of sand are mixed with bright poly fragments and dust, it’s part of the ecosystem’s basic building blocks now. The big things can be cleaned up, get hauled away, but these little specks will always be here. Getting progressively smaller, never going anywhere.

It’s funny, even without having the big stuff, it didn’t take us long to fill the trash bags we brought with us. Bottles, hard plastic fragments and rope sections, a couple sandals and a preponderance of lids. Soda and water bottle lids, many of them from Asia, slowly bleaching in the sun, their bottles gone, who knows where? The experience is comparable to others here in Washington and in Alaska, where the initial assessment might not see the extent of what is actually here.

At some point, I need to stop being surprised. 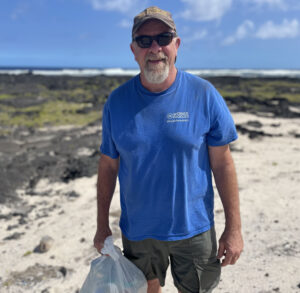