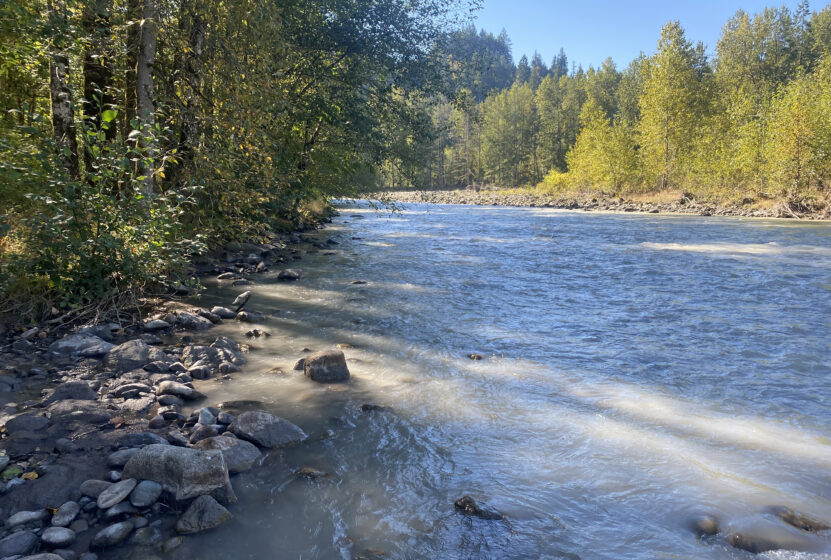 In the film, Decision, Dr. Peter Hodum has a line that has always stuck with me. Speaking of microplastics, he says: “Everywhere we’ve looked we’ve found them.” But they can’t really be everywhere, right? Right? And yet, Hodum is eerily correct. He doesn’t actually say that these microscopic strands and particles are everywhere, he just states the simple fact that everywhere we’ve looked for them, they have been found.

Hodum is a biology professor and valued advisor to the Ikkatsu Project and runs a lab at the University of Puget Sound where the samples from last year’s Three Rivers Expedition were processed. The results are available for viewing here on the site but I can dish up a few of the main points here in a few sentences.

Three passes of each sample were examined and, as expected, plastic was present in each. Most of the pieces found were plastic filaments but there were several tiny fragments in a few of the samples as well. Samples were examined in both white light and under UV, with different particles being visible at different times during the process. (There were a surprising number of red fibers in White River samples, bright red plastic hairs not found in water from the other rivers, but other than that, the exercise went mostly as expected.)

The takeaway is that there is somewhere between 13 and 37 pieces of plastic in a liter of river water in the three major rivers of the Puyallup watershed. Whether the water was collected from the origins of the Carbon, high on the flanks of Mount Rainier or from the fetid backwaters of the White behind the Sumner library, everywhere we looked, we found plastic.