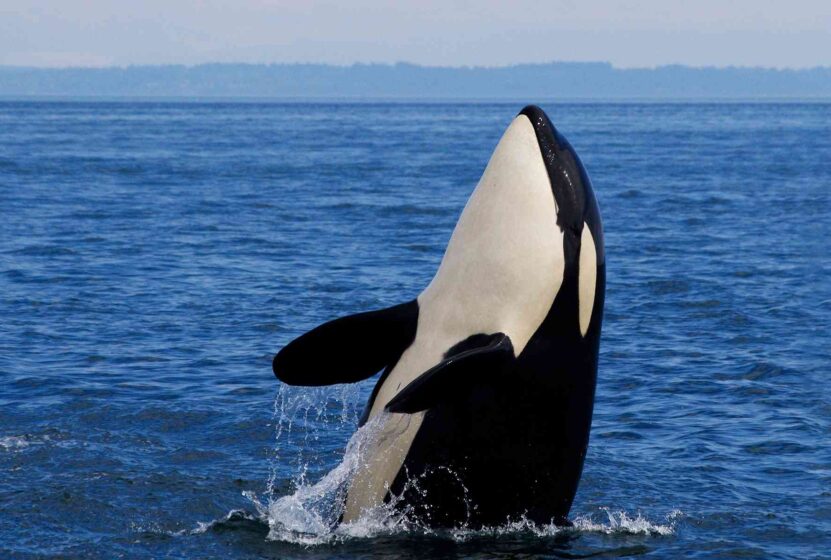 Orca pods are made up of family groups organized around a matriarchal system. The higher-ranking positions in a sub-pod go to the females and Mother is the authority on just about everything. Grandma, the living touch-point for generations of whales, is even more central to family health and survival.

The grandmother that led her part of the Southern Resident pod here in Washington waters is missing and presumed dead, a sad fact that is sure to reverberate throughout the entire community. Marina, as she was known to the public, was nearly 47 years old and hasn’t been seen since February. Members of the sub-pod have been observed several times since then and for Marina to not be present is being taken as a sure sign that she is gone for good.

There are a couple pregnancies reported in the Salish Sea orca community currently but the population is vibrating in the low 70’s (73, actually) and with the low number of breeding-age females that remain, the longer-term outlook is not good. I don’t know what it will feel like when they are all gone, but I can feel a bit of that loss already.