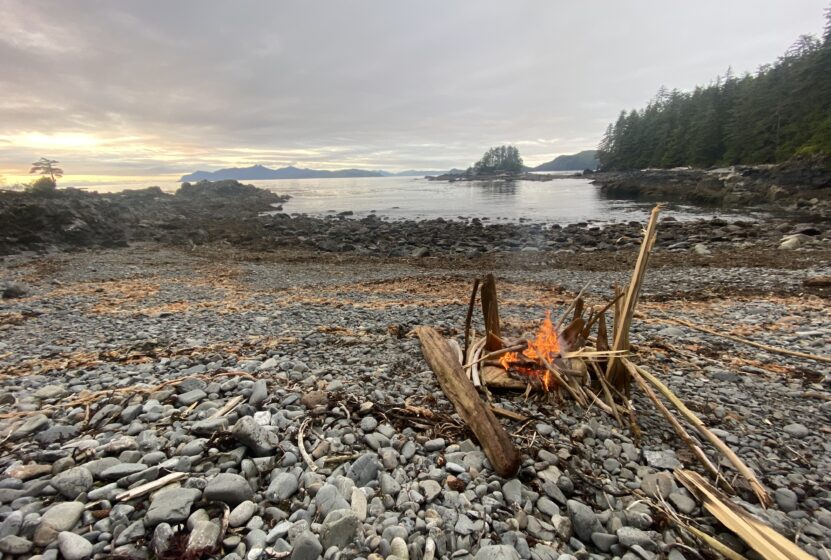 Before I ever laid eyes on Coronation Island, I wanted to go. A friend of mine from years ago had made plans to kayak there but for some reason or another, he never actually made it. But I had heard about the Star of Bengal, that infamous wreck that had claimed so many lives more than a hundred years ago. I had flown over every mile of its shoreline, virtually, of course, gliding my Google Earth mouse above each rocky headland, searching for viable landing beaches. From the first time I visited the lighthouse and saw the imposing bulk of the island filling up the southern view, I made plans to go. 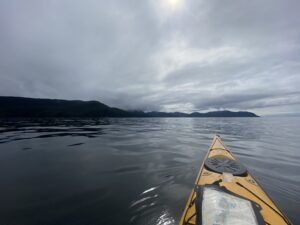 Something always came up, however, and I never was able to make the relatively short paddle across Decision Pass and through the Spanish Islands to get to the shores of Coronation. Until this year. The weather was good, the conditions finally perfect for a crossing. It was difficult to find a good beach, even on the protected north side and I paddled along the rocky shoreline for several miles, watching humpback whales feeding in the shallows and deer walking through the treeline, until I made landfall. I could see the lighthouse from my beach, a tiny white speck off in the green and blue distance but besides that, there were no other signs of human presence anywhere. I built a fire on the beach and quietly celebrated being the last man on Earth.