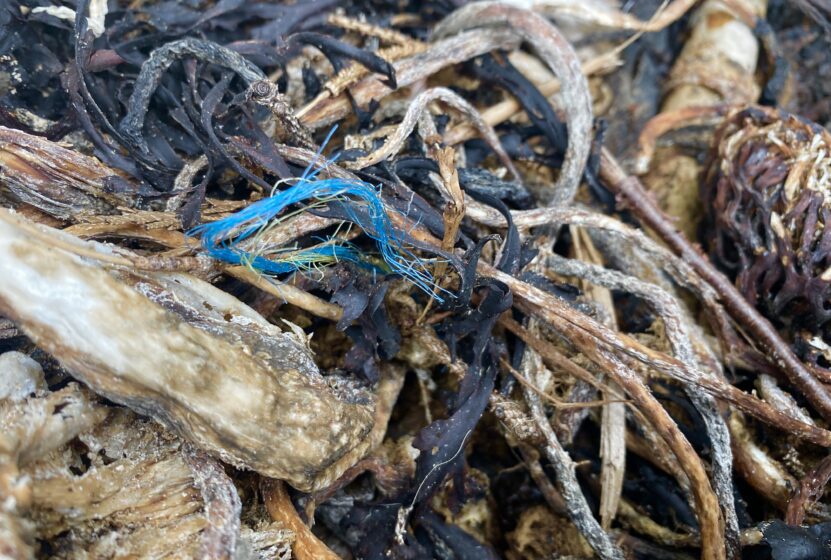 The Landing, one of the beaches that is on lighthouse property and where we keep the kayaks when they’re not being used, is the original deposition study beach on South Kuiu Island. For four years we’ve been cleaning this particular cove as completely as possible, looking under logs and in the tall grasses for debris, counting it and then removing it. Then, when we return the following year, we can be confident that what we find has come ashore sometime in the previous 365 days. It’s turning into a fairly fascinating window on the world of plastic marine debris and all plans are for it to continue.

This year, we added another deposition beach on the west side of the lighthouse, the side that is more exposed to ocean swell and the prevailing winds. It’s something that was in the plans for 2020, before we learned that plans and 2020 weren’t meant to go together. Moving forward, however, this new beach will give us some comparisons in real time as to different rates in varying conditions as well as generate its own data set that can be examined year-to-year. It keeps getting more interesting.

This year’s deposition results are getting posted to the website today. Even without the comparative numbers – which are going to be part of this off-season’s analysis – it’s pretty interesting to see what all is out there. We got 74 pounds off of the Comma Cove beach (which is a lot), but there were 114 pounds that washed up at the Landing in that single year! Take a minute and check it out.