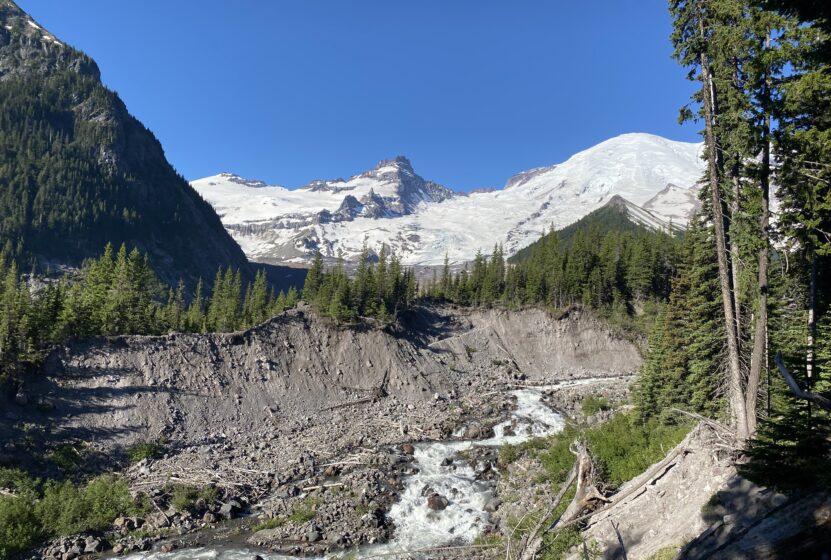 It all starts at the mountain. Around here, if you say, “the mountain,” there is no confusion about which one you mean. Yes, we have a plethora of mountains around these parts and some of them are impressive and unforgettable in their own ways, but there’s only one that is universally known by such a simple name.

The White, Carbon and Puyallup rivers all start their journeys on the flanks of Mount Rainier. Getting to the source of each – or as close as possible – is part of this summer’s effort to put together baseline microplastic data that can be used as the study moves on to include schools in the various districts that the rivers pass through on their way to the sea.

It was hot this weekend, all-time record hot, and getting up to the Emmons Glacier and down into some of the river’s less-visited spots was a sweaty affair. The melt is on and the river is running fast and high, so the canoeing portion of this trip will have to wait until later in the summer, for safety reasons. Following completion of the lower sections of the White River, we’ll move on to the Puyallup, probably in late August.