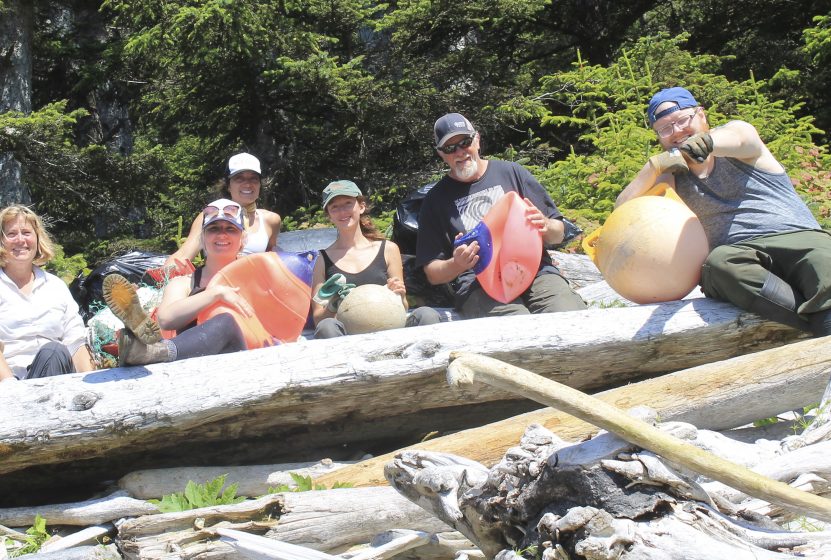 Although the 2020 South Kuiu Cleanup had to be scratched from the schedule due to the virus, it’s not a total loss. Thanks to Ikkatsu volunteer and field science superstar, Lucas Drawdy (that’s him on the far right in the photo above), we’re going to still get some of the most important aspects of this year’s tasks accomplished. A small group of Cape Decision Lighthouse board members have made a 1-week trip out to Kuiu Island and Lucas has gone along to help out. In the short time that he’s there, in addition to working on lighthouse-related tasks, he will supervise a couple of surveys and collect samples for our ongoing microplastics study. 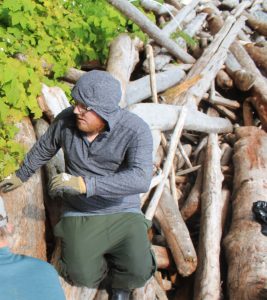 The most critical item that he’ll accomplish is the deposition study we’ve been working on at the Landing since the program began. The landing cove near the northern portion of the lighthouse property was selected as the beach that gets completely cleaned each year, or as completely as is humanly possible. Each following year, as this process is repeated, we are able to collect and count debris that we know has arrived during the intervening time. This data allows us to understand more about the rate at which debris accumulates as well as to see any changes in the types of items found. It’s an important part of what we do in southeast Alaska and it’s exciting that this particular data stream will continue unbroken.

Thanks, Lucas! Safe travels and we are all looking forward to the stories when you get back.