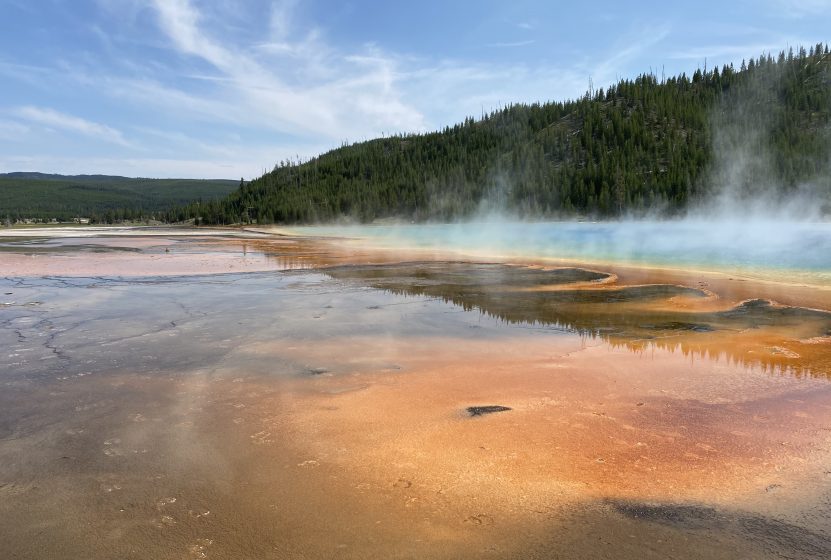 Not long after we left Yellowstone, I was thinking about what I’d seen that day. Mammoth Hot Springs, Yellowstone Falls, the Grand Prismatic Spring: all of them features I had seen in books and on the screen, but had never actually experienced live. We didn’t make it to Old Faithful, unfortunately. We sat in a dead-stop traffic jam for a while in an attempt to get there, but pulled the plug once it became obvious that we weren’t making any progress and the afternoon was almost gone. 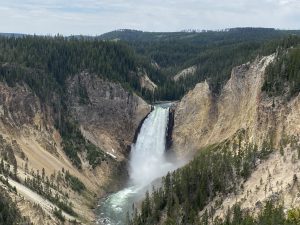 While in the park, we drove from one point to another, mile after mile of two-lane roads through beautiful canyons and across mountain meadows. When we arrived at a place we planned on stopping, we inevitably found thousands of other people there already. We all had cars and we were all trying to do the same thing. Find a spot, see what we came to see, then leave as expeditiously as possible. Every now and then in between our stops, I’d see a car pulled off to the side of the road, its occupants presumably somewhere out there in the scenery, blissfully away from the rest of us. And it got me thinking.

I’m glad I got to see what I saw. I have a better understanding of just how special these volcanic oddities are and I am grateful that we have managed to protect this and other National Parks from ourselves and our own voracious appetites. (And the Grand Prismatic Spring is really cool.) But I can’t actually say that I’ve seen Yellowstone yet, even though I did get to check off some of the squares. Yellowstone National Park is almost 3500 square miles in area, and what I saw was only a tiny portion of a curated version of it, what I was “supposed” to see. 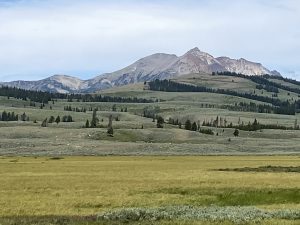 It’s a reminder to be that car by the side of the road more often, to spend less time in parking lots and more time in the woods. It’s a reminder that lists of items put together by others, no matter how filled they might be with stunning natural wonders and amazing oddities, can’t substitute for our own homegrown lists of the places and things that matter most to each of us. It’s worth it, to seek out the other trail, the hidden beach or the corner of the map that seems more difficult to get to. And that’s it, in the end: it’s a reminder that we all need to curate our own collection of places and experiences that speak to us – we’ll know them when we meet them – and learn to listen to what they have to say.