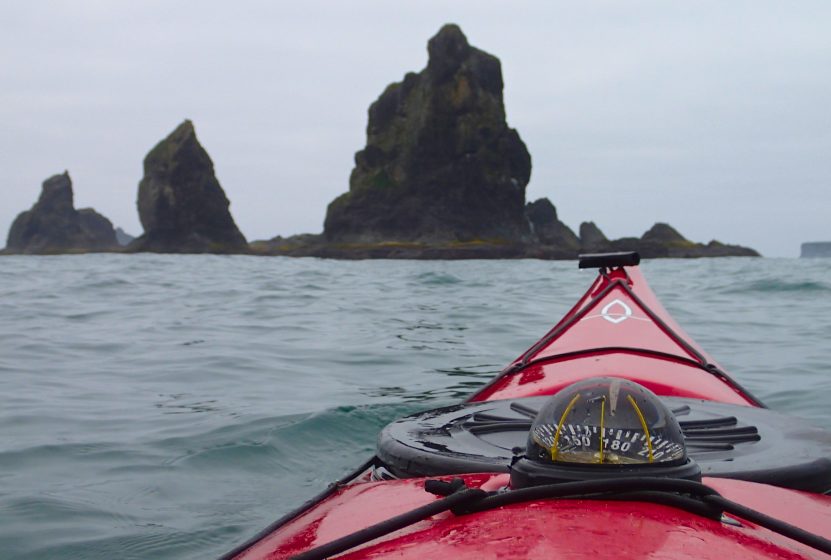 All right, so, we’re all still here, yes?

The strange days continue. I don’t see how it can all go on too much longer, yet I don’t see anything changing real soon either. It’s the uncertainty that is the most difficult part, this lack of any timetable or benchmarks that we can look forward to, a perspective that would show us where we are on the chart.

When I kayaked around Newfoundland twenty years ago, I used a book of maps that covered the island instead of buying all of the applicable charts, which would have been both bulky and beyond my budget. The maps, although of a larger scale, still gave me good guidance on the 3-month trip and turned out to be surprisingly detailed and accurate. There was one small section of coastline, however, one little tip of a peninsula that was not included in this atlas. Don’t know why, perhaps an accident of geography, or maybe a simple oversight. All I knew then was that I was coming up on a headland that wasn’t on the map, terra incognita. I wasn’t lost. Very much the opposite. I knew exactly where I was*, it was my surroundings that were confused.

That’s kind of how it feels now. We are all looking at something that isn’t on the map, trying to figure out what to do next. We still don’t know exactly how big it is, where it goes from here or how long we can expect to take to get past it.

For me, it was about five miles. After I’d paddled along the shore for an hour, maybe a little longer, I began to see features that looked like those I was expecting. It became obvious before long that I’d paddled my way back onto the map, that I’d kept going on that course until it all started to make sense again.

There’s a lesson in there somewhere. I think.

*Turned out to be Seal Cove, on the south coast of Newfoundland.