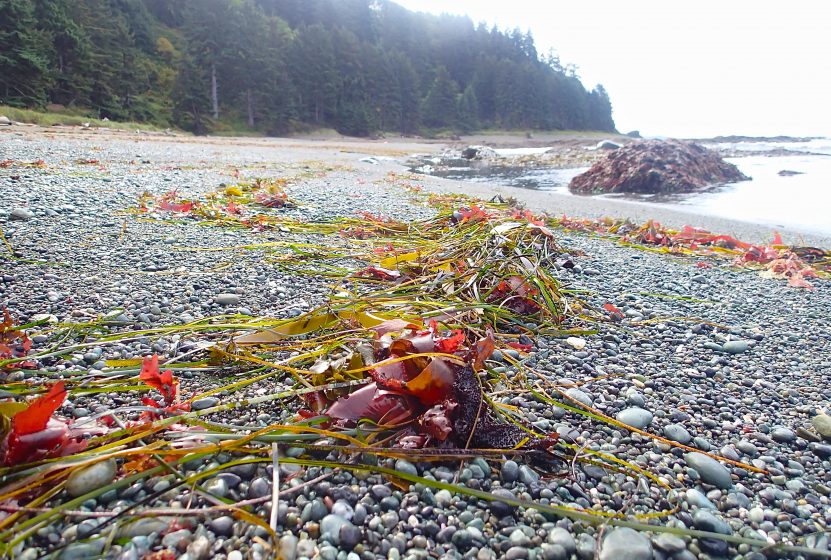 The volunteer dates for this July’s Cape Decision program are up and have been sent out to people who’ve expressed interest in going. The email has been blowing up since then and I’ve been busy. (There are still a few spots available, so if you’d like to make the trip, get in touch soon. July 11-18 and July 18-25, in case you were wondering.)

Meanwhile, there are a handful of new programs and events that are worth introducing, with an emphasis on getting people involved not only in cleanups and field studies, but in communicating what these experiences have to offer for volunteers and the general public. So much environmental work gets done but so little of it gets out of the the ivory towers and reaches people where they are. That has to change if the planet is going to heal.

The Olympic Rivers Microplastics Study is a year-long effort to accumulate and test water samples to determine plastic presence and concentrations. There is relatively little industry in the region and much of the peninsula is protected within Olympic National Park. By collecting samples from a variety of rivers and streams and examining them in the lab, we can start to get a picture of how pervasive microplastics are in this largely untouched and “pristine” environment. If you’re interested in getting involved, with any phase of the program, click on the VOLUNTEER tab on the home page. (Or click here.) There’s a lot to be done and the more people that are engaged in collecting and testing, the better.

If your interests run more to cleanups and salt water, the September campout might be what you’re looking for. While the coastal cleanup that happens in April is usually well-attended (because of the obvious Earth Day connection and the elevated interest that it provides), there is also an International Coastal Cleanup every September. On September 19 and 20th, the Ikkatsu Project is hosting a two-day coastal campout that will focus on beaches near the northwest tip of the peninsula. The plan is to not only count and collect debris on Pacific and Straits shorelines, but to have a good time doing it. There will be a barbeque and bonfire, the usual camping games and music in the evening, that sort of stuff. More on this as it gets closer… for now, just save the dates. (Or click here.) This has the potential for being a whole lot of fun and will make a concrete difference for some of Washington’s most beautiful beaches.