A Weekend at the Fort 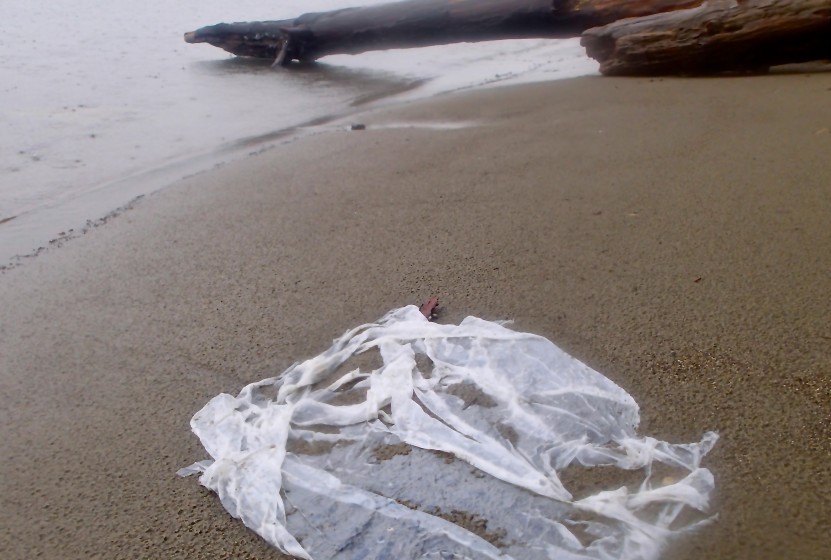 Americans use 100 billion single-use plastic bags every year. You know the ones, those lightweight and ubiquitous shopping bags that are used for an average of 12 minutes each, then discarded. To manufacture these “T-shirt bags,” as they’re called in the bag biz, requires the equivalent of 12 million barrels of oil. That’s every year. Here in Washington, our share of the total comes to approximately 2 billion bags a year, with the average family using almost 1,500 plastic shopping bags in that time.

If you are looking simply at their weight, plastic bags account for a small percentage of the overall waste stream, but the damage they do can be devastating, especially in the marine environment. Recycling is hardly the answer, since rates have continued to fall year after year, with China no longer accepting US bags for processing. (The fact is that recycling is becoming less and less of an option because other countries have begun to wise up to the negatives of being garbage dumps for the developed world.)

There is a bill currently winding its way through the halls of Olympia that would bring a state-wide plastic bag ban to Washington. With almost 30 municipalities that have already broken ties with the plastic and made the move toward reusable bags, the shift is undeniably on. It’s not a radical notion at all, not like some would portray it to be. California has done it (and vigorously reaffirmed its decision when Big Plastic tried to get the ban overturned). Hawaii has also made a similar move, with plastic bags gone from the scene in all four of its counties, resulting in another state that has embraced a better idea.

Here in Tacoma, getting a reusable bag initiative through the local political infrastructure was a long and tedious task. We were told that getting rid of plastic bags would kill our local economy, would be too hard on consumers, that the sky would fall. That was almost 2 years ago now, and none of those things have happened. Plastic bags are not just gone from the shopping experience, they are not even an afterthought anymore. The reality is that the sky didn’t fall after passage, like all the naysayers said it would. Almost 100 million bags a year gone just here in T-town, and no tears are being shed.

Every piece of plastic ever made is still in existence. It will break down into smaller and smaller pieces but those pieces will not actually biodegrade and they will never really go away. Plastic bags represent the worst side of our throw-away society and are rightly being identified as unnecessary and wasteful by more and more individuals and communities. It is past time for Washington to get on the stick and to make this opening step toward a cleaner environment. Senate Bill 5323 and its companion House Bill 1205 need to ultimately find their way into the law books.

Something that lasts forever should never be considered disposable.

» journal » Getting Past Bags