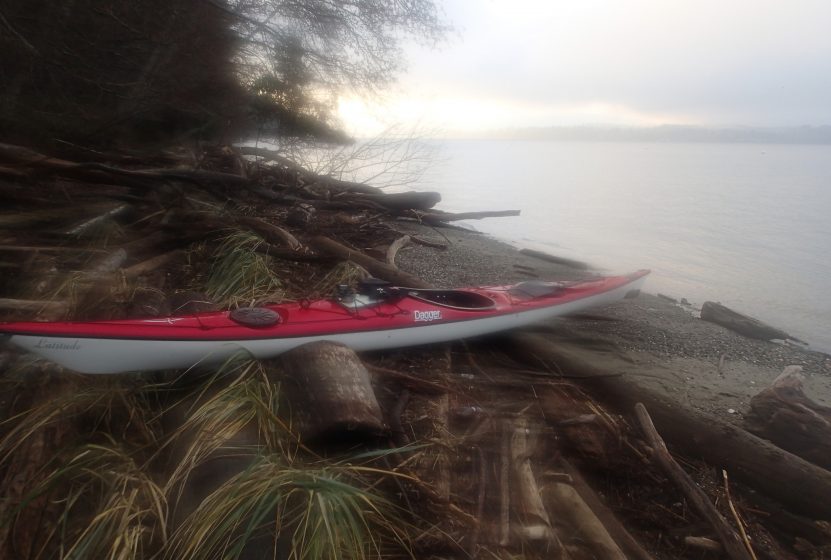 It was supposed to be more of a route familiarization sort of a trip. Finding the best way to paddle from Tacoma to Port Townsend, a preparation for the Seventy48 race that’s coming in just four short months, but done at a more leisurely pace. That’s how I started it, anyway. 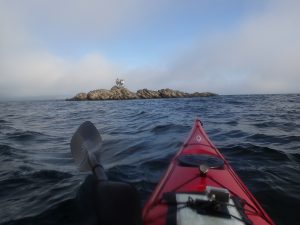 I left Tacoma at 9:15 on Friday morning and made it into Port Townsend at 2:15 on Sunday afternoon. (I’m calling it the Seventy53.) The first leg up to Blake Island was easy going, and I did the full camp thing on the island, electing to sit out one full ebb cycle, something I would not do during the real thing. After that, I decided to try harder, to see what I could learn by pushing myself. Here are a few things, in no particular order:

Big disclaimer here: There are those who will paddle straight through, finishing in 9 hours and change. These people are Olympic athletes. This is not written for them. This race is called the “Seventy48,” and I expect to use the whole thing.

– This is a significant distance over tricky water. It’s a hard prospect. I’m sore today, especially my sides and shoulders. I’ve been hitting the gym regularly and that has helped, but there is no substitute for actually spending time in the cockpit. I will be doing more of this.

– I need to shorten my camp set-up and break-down times. There will likely be at least two, possibly three such layovers during the race and time spent mucking about with all the stuff you brought with you is time taken from your rest stage. 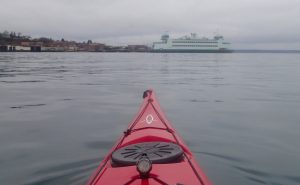 – Food: I need to dial this in better. The race menu needs to be good chow for fast and convenient consumption without resorting to the goos and powders that real athletes are using. (You know, like the people who are winning this.) I know how to get it together, it just wasn’t the priority for me that it is now. 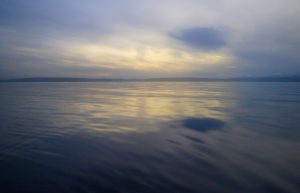 The sunsets (like the one on the right, a hazy view of Port Madison just before dark), were beautiful and the paddling, although seemingly always into the wind, was relatively straightforward. The Salish Sea is a beautiful part of the planet and there are a whole lot more places that have tougher winters than this one. Looking forward to doing it one more time – with a little more fine-tuning – before the actual race at the end of May.