If I Had a Million Dollars 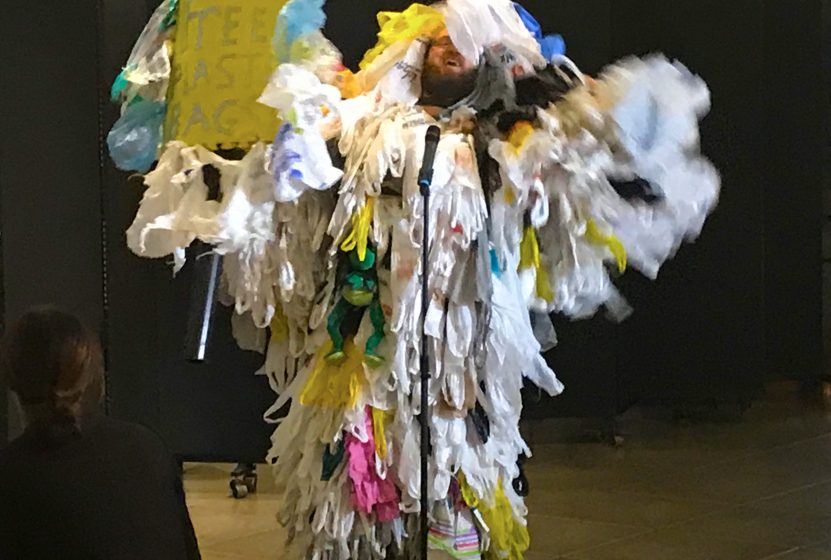 Tacoma adopted a “Bring Your Own Bag” ordinance a couple years ago, keeping approximately 90 million single-use bags out of the local retail system. If anyone knows of any great hardship this has caused, any decline in quality-of-life for Tacoma residents, please get in touch. Because it took more than four years of concerted effort from a lot of different people and organizations to make it happen, and throughout the process, we heard constant grousing from the naysayers, shrill jerimiads about how this un-American tack was going to adversely affect the community. If enacted, it would cost any number of jobs and after all, plastic bags are nothing short of a basic human right anyway, deserving of a constitutional amendment, possibly. 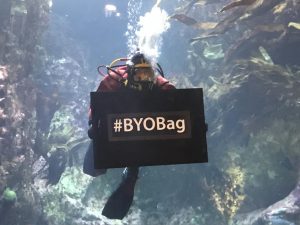 So… it turned out that was all bullshit. It seems we’ve moved past plastic bags locally and the doom talk of the process is over. Well, not over, exactly. Actually, you should get ready to hear it all over again. Except it will be louder, more misleading and less civil. Brace yourself.

This past week, at a news conference at the Seattle Aquarium, plans were announced to take the bag initiative state-wide. There are already upwards of twenty communities in Washington that have similar policies in place; this move would standardize the entire state, in terms of single-use plastic bags. Legislation is planned to be introduced by State Senator Kevin Ranker and Representative Strom Peterson that would put in place a program similar to the ones that already exist. 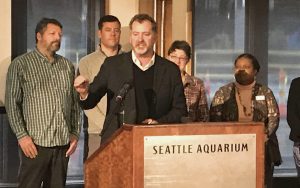 There’s a lot of support. But get ready for some well-funded opposition, financed by fossil fuel, the American Chemistry Council and a supporting cast of the usual hired guns. The idea of eliminating plastic bags is seen by some as a first step toward getting rid of other kinds of single-use plastic items, and to give an inch would signal weakness, and that if they were lose this battle, they might be setting themselves up to lose the next one. Fossil fuel companies and plastic manufacturers are worried about more than just bags.

And they should be.

» journal » The Next Level