You There. Yes, you. 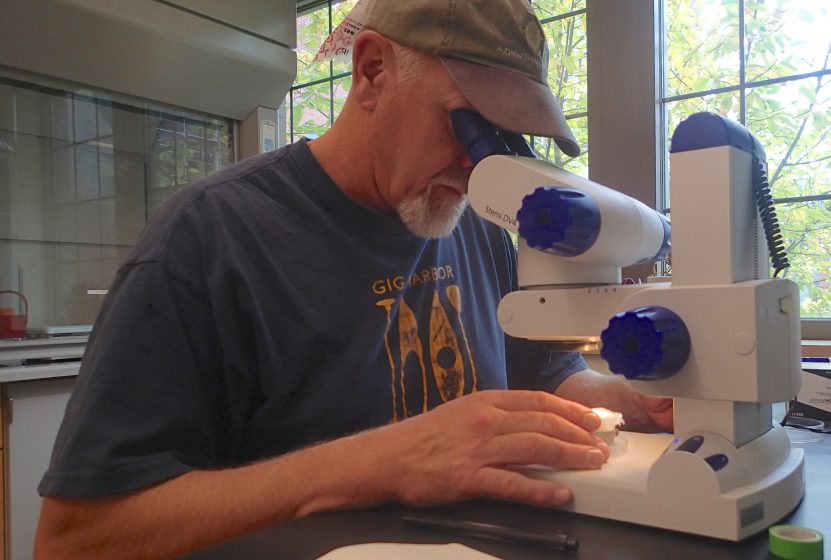 Half of the samples from the South Kuiu Cleanup have been analyzed and without giving too much away, plastic has been found in each one.

It is a strange feeling, staring through a dissecting scope at a screen on top of a grid, sliding it one way and then another, following the grid lines for reference, and then coming across a piece of plastic. Such clear water, to look at it, taken from pristine Alaskan inlets and beaches. No visible particles of any kind (except maybe a few grains of sand in one or two of the samples), the water looks perfectly translucent, pure.

But then you see it. A thread of microscopic fiber, sitting atop the screen, looking like a hair, almost. Many of them are black but some are red, almost beautiful against the shimmering pearl background. Some you can’t see until you turn out the lights and switch on the UV. Those ones glow like alien worms, their natural color too hard to pick out without resorting to a trick of the light. But there they are.

I’m hoping to get through the other half of the samples by next week. Results should be ready the week after that. Stay tuned.