Get Thee to the Beach! 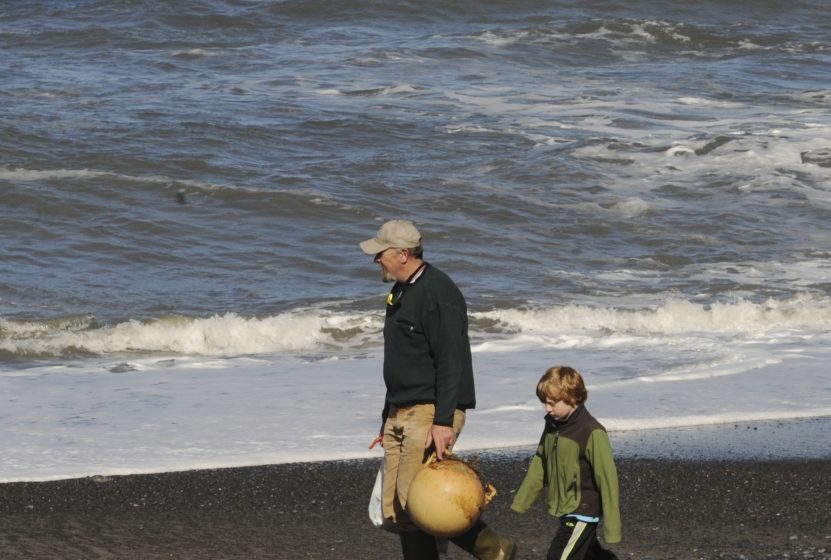 Kind of a reminder, to me, at least… this September’s International Coastal Cleanup is scheduled for Sep 15th. It’s one of two regular cleanups each year that give people the opportunity to really do some good on the shoreline and make a difference toward getting our beaches back in shape.

I go to the same two beaches each year, up near Cape Flattery, on the Makah reservation. One of the beaches, accessed from above by a system of ladders and ropes down a steep cliff, is the beach where we found our first identifiable tsunami debris back in 2012, a portion of a Japanese house that had broken up as it washed ashore. We found pieces of household items, small containers and smashed furniture, all part of a house that had traveled 6,000 miles to this point. It was a sobering experience, finding those architectural remains, and I can’t walk that beach now without thinking about it.

The other beach is further south, just barely still inside the reservation boundaries. It’s hard to access and there is no real trail involved, but it has often been the repository of thousands of pounds of plastic debris, a much higher amount here than in most of the surrounding beaches. At the time of our initial 2012 survey, this beach was the one that had the most of any we looked at. By a long shot. Of course, beaches that collect debris can often return those items to the sea later, via storm surge and close-shore currents, and there are times when the total amount on this particular beach seems to fluctuate considerably.

There are so many other beaches. You should pick yours, and go.

» journal » Get Thee to the Beach!