A Shift in the Wind

The Soul of Plastic 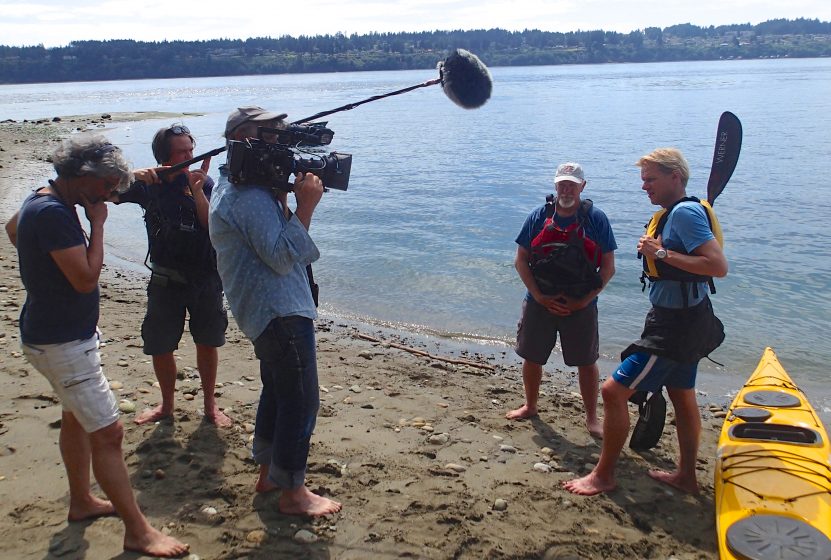 I spent the afternoon yesterday on the water with a film posse from Dutch National TV. Director Floris-Jan van Luyn and crew are shooting a 4-part series on plastic, traveling to India, Japan and other places to look at where plastic comes from, where it ends up and the role that it plays in each of our lives. For the topic of marine debris and the plastic that is choking the ocean environment, they came to Washington. They spent a little time out in Forks with John Anderson, going through his amazing museum of flotsam that he has put together over a lifetime of beachcombing, and then they came to T-town, to talk with me about surveying and sampling, kayak expeditions and how the gyres work.

They shot from land and from a skiff (huge thanks to Mike Scott for being the skipper for the afternoon!), and we went through a range of plastic-related stuff in the hours we were together. The host was a decent paddler and the rest of the crew were good-natured, professional and a lot of fun to be around. Pretty good gig they have going there. 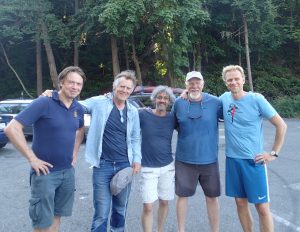 The idea of the show is to really examine plastic and what it means to people, the links that it has made within our individual and collected lives. The genesis of the theme came from the Shinto religion in Japan – where the crew will be headed next – and the Shinto belief that everything, animate and inanimate alike, has a soul. Rocks, trees, even plastic. If that’s the case, what does the soul of plastic look like? What does it even mean, for plastic to have a soul?

The show is set to air in January on TV in Holland. It will, of course, be in Dutch, although English-speaking portions (including mine), will be subtitled.

» journal » The Soul of Plastic