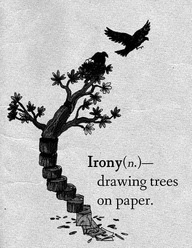 What is this ‘ethics’ of which you speak?

I’m in the process of putting together the Spring Social, scheduled for May 6th, 2018. It’s going to be good and you will not want to be anywhere else, I think. The big things are coming together, but there are a whole lot of other moving parts that have to get situated if this is going to work. No worries, just work.

Raffle items are being put together – that’s one thing I’m working on. And it’s making me think about what kinds of items I’d like to see on the table, who I should approach for a donation. See, I’m noticing some other nonprofits lately, with their fundraisers and auctions and raffles, offering items that seem to me to be entirely in opposition to what these organizations claim to be about. This line of thought  isn’t meant as a rebuke or a purity test for others, and it’s hard to talk about it too much without getting into specifics…

I guess it’s enough to say that if the Ikkatsu Project is supposed to be about promoting the health of the ocean it would make sense that the organizations that are looked to as supporters feel the same way, or are, at a minimum, not operating in opposition to what the Ikkatsu Project is about. If, for example, a major oil company offered to donate, or if the American Chemistry Council threw down a check, I really don’t think there is any way it could be accepted, as tempting as those extra zeros would be. Looking around, it seems there are nonprofits that don’t think about this enough.

That said, the raffle will be filled with solid stuff, the Spring Social will be awesome and a major time will be had. Lots more info to come… May 6, 2018, save the date!