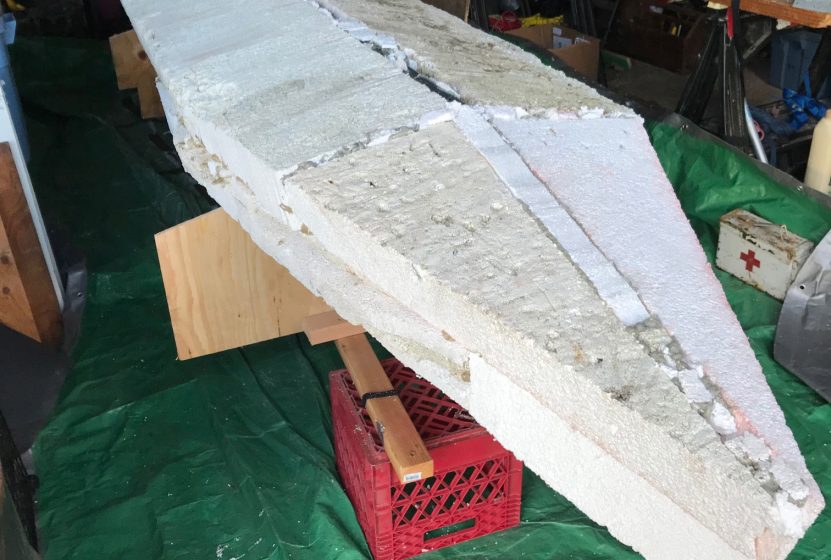 It’s hard to believe that 2018 is already into its fourth week, that time flies so much faster when we’re not looking at it.

The boat is close to being wrapped, which is where I hope it will gain some more rigidity. The foam itself is fairly brittle and it’s hard to trust the glue in any structural sense, but I think that wrapping it all and painting it should provide a unifying touch. We’ll see. I’m also going to be adding a small plywood deck and a rudimentary amount of wood framing. There are no instructions for this process.

As for the South Kuiu Cleanup, planning continues. It’s like a daily game of Whack-A-Mole at this point – every problem that gets solved leaves two different problems behind – but it will all come together as we go, I’m sure. I am very much looking forward to the trip already and eager to see what the data tells us about the mature and deposition rates of marine debris in that part of Southeast Alaska. There are no instructions for this process either.

Also thinking about Calvin Croll this morning. There’s some massive storms hitting the west coast of Vancouver Island at the moment, 30-foot waves and 65-knot winds. He’s been stuck on the same stretch of coast for the past six days (of course, it looks like he’s at Hot Springs Cove, which doesn’t sound all bad, eh?) Check out this awesome video from Calvin of the storm hitting the shore… easy to see why he’s not paddling right now. Watch the whole three minutes; some of the best boomers are at the end