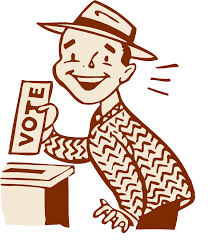 It is voting day tomorrow, although it’s not the scene that it used to be. Everybody votes by mail around here now, no more walking to the precinct and signing your name where the nice, old lady tells you to. It’s a silent process now, just the ongoing visual pollution of thousands of yard signs littering public spaces. For a little while longer, anyway.

This is not a political site and there are no overt partisan postings here. To the extent that being pro-environment and pro-science is evidence of a certain political point of view, that’s actually sort of a shame. And when you consider that political decisions are being made all the time by people and organizations that do not recognize the inherent value and necessity of the very planet they live on, it’s hard not to be at least a little political.

As a voter, you have some questions to ask yourself before you mark up that ballot. (And don’t forget to send it in.)