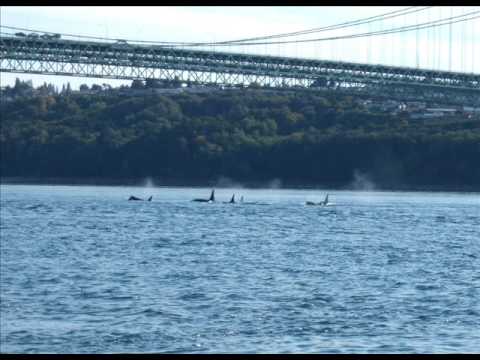 There have been a few days of orcas here in south Puget Sound lately. These are transients just passing through, not members of the local J, K and L pods that we see on a more regular basis.

Actually, “regular” isn’t really even the right word anymore. According to the Center for Whale Research in Friday Harbor, the population of our resident pods has fallen to 78, a number that doesn’t seem enough for any kind of long-term sustainability. As of December of last year, J Pod had 24 individuals, K Pod had 19 and L Pod had 35. 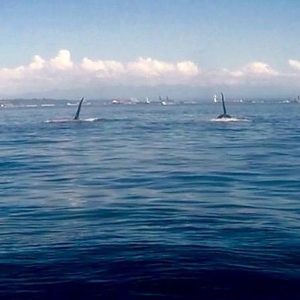 Pollution, lack of adequate salmon returns, boat noise and other underwater sonic harassment: all of these are contributing to the downturn in numbers. But the process was started a long time ago. Here’s a little slice of how we got to this point, from the Center for Whale Research web site…

The size of all three Southern Resident pods was reduced in number from 1965-75 as a result of whale captures for marine park exhibition. At least 13 whales were killed during these captures, while 45 whales were delivered to marine parks around the world. Today, only Lolita (Tokitae) remains alive in captivity at the Miami Seaquarium. Annual SRKW population updates occur on July 1 and December 31 each year.

This is a train wreck in slow motion, and if we are in any way honest and introspective, it forces us to look at our own levels of complicity in this unfolding story. Because, if and when this orca population is finally gone, it will be because of what we did to make it happen. There’s nothing “regular” about it.