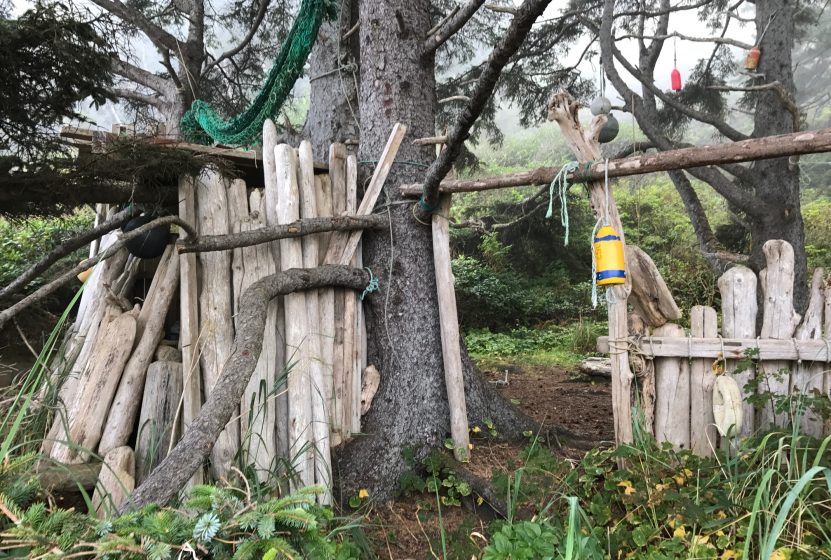 There are two big scheduled coastal cleanups every year, in April and September, and I try to use those days to revisit a couple of beaches that we first surveyed on the Roadless Coast expedition in 2012. Seeing the same places over time, counting and collecting the plastic and other debris that has arrived in the intervening time, all provides a perspective that you can’t get from a single visit. 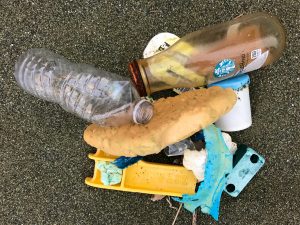 I went back to a beach this weekend where we came across one of our most significant tsunami finds of that 2012 trip, a portion of a Japanese house that had been reduced to sticks and insulation, with various items that had once been in the room. (There is a substantial rock reef just offshore and our best guess was that the bathroom part of a house had come across the ocean relatively intact, then was shattered on the reef as it came ashore. We found other heavier household items farther out at low tide, seeming to confirm this explanation.)

In addition to the house, we found a beach that was filled with debris in general, fishing gear and plastic bottles everywhere we looked. Those first few days of that trip really opened my eyes to the extent of the issue and the incongruity of how we talk about the environment and what we are actually doing to it every day, through our unsustainable actions. 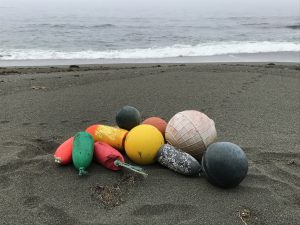 Different years have seen more or less debris as the deposition rates change with the seasons. This year was one of the better ones. Although there was still a fair bit of smaller stuff – bottle caps, plastic bottles, nylon rope – there were fewer pieces of debris overall than I have seen in the past five years. It’s hard to say what that might be attributed to with any precision, but I know that there have been some targeted cleaning efforts on this particular beach; perhaps the general lack of plastic is a result.

My total haul was one garbage bag filled mostly with plastic bottles and other smaller items along with a collection of fishing buoys and floats. Hauling it all back up the cliffside “trail” is a full-body exercise event but that which does not kill us makes us stronger. Allegedly. 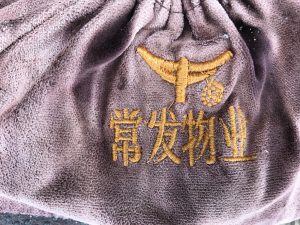 One piece I found has some writing on it that I’d like to get translated. It was a velvety slipper-type piece of footwear, maybe from a ship or an airplane? Probably red at one point, maybe purple, with gold embroidery. If anyone can tell me what I’m reading, I would be greatly appreciative.

I don’t know what the participation level was for this year’s cleanup. The April date tends to be the larger of the two but I did see signs and other volunteers on beaches around the area and I hope that the shoreline today is cleaner than it was after all of the effort involved.