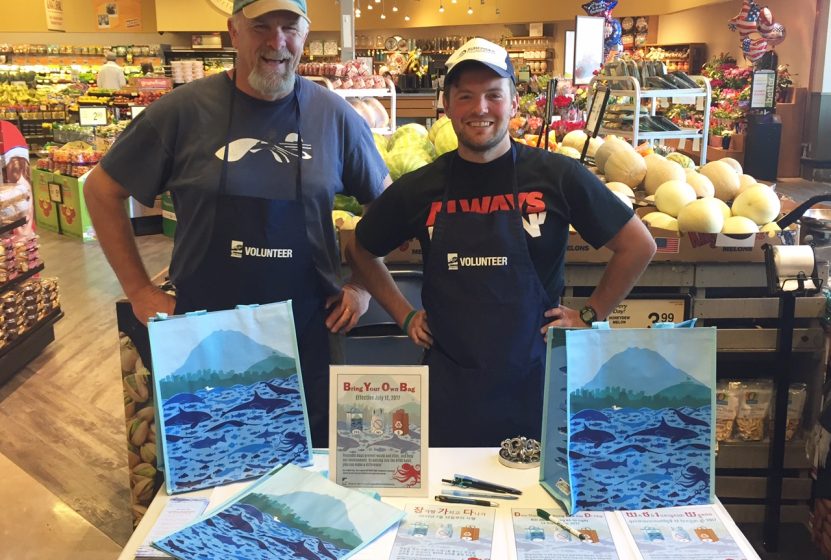 Tomorrow is the day that the Bring Your Own Bag ordinance goes into effect here in the city of Tacoma. It’s been a long time coming but it has finally arrived. Dozens of meetings, with Council, with staff, with community groups and more. Letters to the editor, public comment periods at various points… the effort expended by so many here in T-town is about to become a reality.

There will be weeping and recriminations, complaints of socialism and anger over forced change, but only from a few and then only for a short time. That’s how it’s been everywhere else, anyway. It doesn’t seem like things will be that different here. When it gets down to it, it’s not that big a deal and we are an adaptable bunch, we humans. (Just ask any other species on the planet.)

I did a few shifts at some local stores over the past few weeks as a volunteer for the city’s Sustainability department, giving out reusable bags and getting individual customers ready for the change. Overall reaction was positive and I got to work alongside some amazing people, getting us all on the same page and keeping 90 million bags a year out of our landfills, rivers and Puget Sound.

It’s just a start. There are other versions of this story that are not yet written. We use far too much Styrofoam, for example, and there are too many plastic bottles out there. Perhaps this will be the first step in a steady march away from single-use plastic for Tacoma… if it can happen here, then there is hope.