The Telling of the Tale

Walking on the Edge 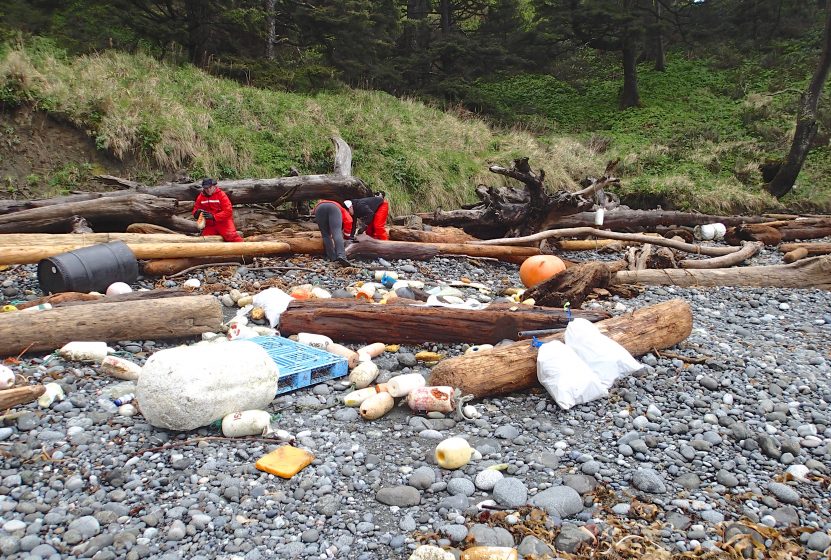 I have probably said it before, but I feel like I could get to Neah Bay just by following the ruts in the pavement that my own tires have made over the years. For being one of the more remote communities in the state, I sure have managed to get there fairly regularly.

The Coastsavers cleanup is this weekend, and like I’ve done for the past few years, I’m going to be going to one of the beaches that we surveyed on the first Ikkatsu expedition, just north of the Olympic National Park boundary. The beach itself is on the Makah reservation and it’s one of the most beautiful and timeless places I have ever been. (There are others in the area that have many of the same qualities; it’s a staggeringly beautiful place, if you like that kind of thing.)

This particular beach was loaded with plastic debris that first time I saw it, but it has seen some definite improvement. The fact that we were able to show just how much this particular beach had accumulated has led to it being part of every cleanup since then, and the results have been positive. There has been less debris here almost every time I’ve visited. It’s good to see progress and I’m curious to see if more has been made since the last time I was there.

Then, on Saturday night, Message in a Plastic Bottle will be featured at the River and Ocean Film Festival in Forks. This is the 4th year of this festival, a one-day showing of place-based films, and I get to introduce the film and do some Q&A after the showing. It should be a fun night.

» journal » Walking on the Edge