Susan Conrad; Save the Date 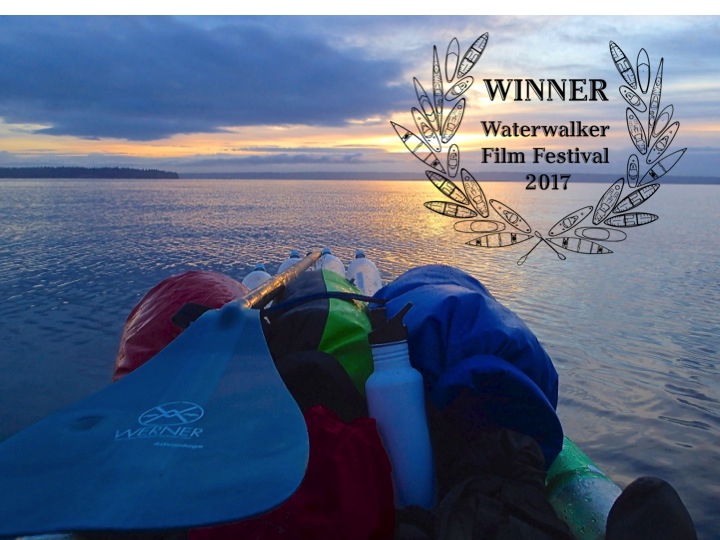 According to the email I just got, Message in a Plastic Bottle has won the award for Best Sea Kayaking Film at the 2017 Waterwalker Film Festival. That’s a big honor and cause for some celebration, at least around these parts. (The first Ikkatsu film, The Roadless Coast, won the 2013 Waterwalker award for Best Environmental Film, but this latest recognition is even sweeter.)

When I was first reading up on canoeing, techniques and tips for unlearning all the bad habits I’d taken on, how to read a river, set up a wilderness camp, etc., I used to read a lot of Bill Mason. Mason was Canada’s canoeing sage, the old man of the river, and his knowledge and skill at piloting his craft made him a legend not only in Canada, but around the paddle sports world.

The Waterwalker festival was founded in Bill Mason’s honor and it is an annual celebration of paddling that has grown to include kayaks and paddleboards among its spectrum of film entries. I had entered the Ikkatsu film in both the Sea Kayaking and Environmental categories, not really expecting anything in particular. But that’s how it goes. To get this award and to know that this message about single-use plastic and the growing problem of marine debris is going to be presented to audiences all over North America as part of the traveling festival is a great feeling, a mixture of pride and purpose that can’t help but be invigorating.

Thanks to those who helped along the way: Klean Kanteen for all their support and positive vibrations; Kokatat for keeping me dry and warm through the cold and the wet of the trip (still the best choice for paddlers of any kind); and Werner Paddles for the very best canoe, kayak and SUP blades anywhere on the planet. And a heaping measure of gratitude to Satori Bob, for the elegant and beautiful sound track to the whole adventure. In some ways, the film is one long music video… without such an amazing and original score, it would not be anywhere near as good a story.

The film will be going online after the festival tour is over. If you’d like a copy for your own collection, I’d be happy to pop one in the mail to you. Just send an email to me, , and we’ll work it out. (How’s that for a kickass distribution system?) Meanwhile, it’s time to celebrate!